“Hallowed Be Thy Name” 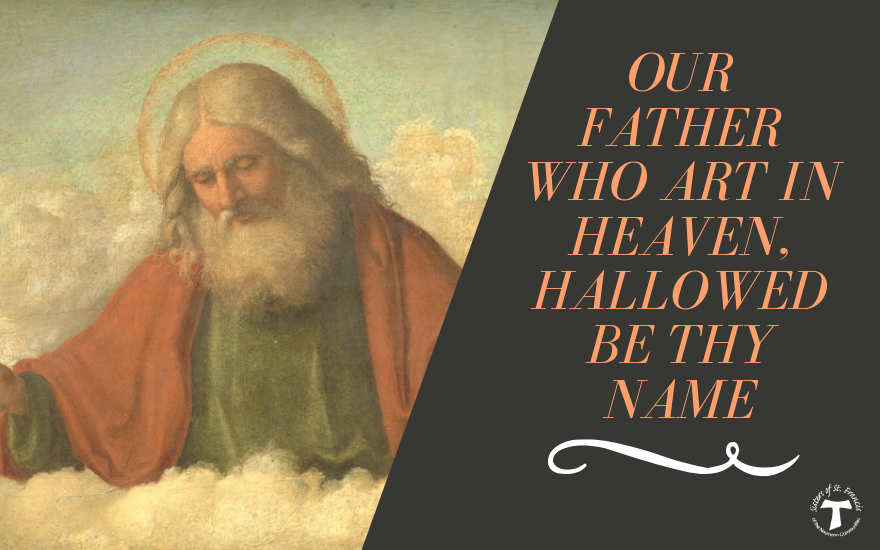 For many years I understood the words in the Our Father, “Hallowed be thy name,” to mean that one should obey the second commandment: “You shall not invoke the name of the LORD, your God, in vain” (Exodus 20:7) — one should neither curse nor swear falsely using the divine name. But by taking into account the first century background of Jesus and the disciples, I now understand that this line of the Our Father has a much fuller meaning.

Jesus and the disciples lived in a conquered land, ruled by the Romans. At the same time, they were steeped in the scriptures, Jewish practices, and their Jewish history.  Ancient Israel had been surrounded by other nations, each with its own gods. When the Babylonians conquered Israel (587 BC) and exiled many of its people, the chief god of Babylonia, Marduk, was more powerful than the God of the Israelites, Yahweh. Yahweh’s name would be mocked, reviled, and profaned instead of held sacred or “hallowed.”

In the Old Testament, actions such as child sacrifice, offerings to other gods, stealing, denying Yahweh, and sexual immorality also were considered as profaning God’s name, as were idolatry and social injustice among the Israelites.

Ezekiel records that God realized that to recover the honor and reverence due to God’s name, the Exile of the Israelites needed to end: “I will vindicate the holiness of my great name which has been profaned among the nations, which you have profaned in their midst. Then the nations will know that I am the LORD,” declares the Lord God, “when I prove myself holy among you in their sight” (Ezekiel 36:23).

Jesus and the early Christians also lived among nations that honored other gods. They would have been aware that their behavior could cause gentiles to dishonor or profane the Christian God. “Hallowed be thy name” would have carried the notion that honoring God’s name required righteous living. St. Paul refers to this when he speaks of the sins of his contemporary Jewish people: “For, as it is written, “Because of you the name of God is reviled among the Gentiles” (Romans 2:24).

Finally, Jesus’ prayer stands in the tradition of the ancient Jewish blessing prayer, the Qaddish, which begins: “Glorified and sanctified be God’s great name throughout the world which he has created according to his will. May he establish his kingdom in your lifetime, and during your days …” The petition to establish God’s reign in the world is a request that God intervene so that his name is held sacred by all humankind. The next line of the Our Father reads: “Thy kingdom come” – an end time hope to be sure, but it also refers to the biblical background that ethical behavior effects the hallowing of God’s name in the here and now, and reflects life in the hoped-for reign of God.

I am reminded of Brother Laurence Abraham, CMSF, of India, one of the most faithful Christian disciples I know. Laurence is very conscious that in his nation where Catholics are a minority, his actions bring praise or disgrace to the name of God, Christ, and the Catholic community. In our own increasingly religiously diverse country, our ethical behavior also hallows or disgraces God’s name.