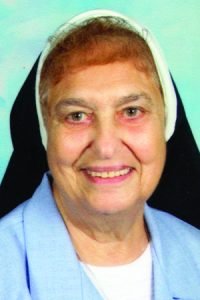 Born in Carnegie, Pennsylvania, Sister M. Bernadette Pauline Battaglia entered the Sisters of St. Francis in Millvale in 1955. She began a nearly 40-year ministry in education two years later, teaching in the primary grades in the Pittsburgh diocese. Over the years, Sister Bernadette earned a Bachelor’s and a Master’s in Education.

Eventually, Sister’s ministry took her to Puerto Rico for 19 years and Venezuela for three years, where she served as both teacher and principal. In 1992, Sister Bernadette received the “Who’s Who Among American Teachers” award. She also taught kindergarten at the congregation’s Mt. Alvernia Day Care and Learning Center from 1995-1997. For almost 15 years, Sister ministered at St. Peter’s School in Beaufort in the Diocese of Charleston, South Carolina, serving as a teacher, visitor to prisoners and pastoral minister to many in the area. When her ministry at St. Peter’s Church ended in 2014, the bishop of Charleston sent her a formal letter of gratitude. The members of St. Peter’s Parish described her as a person whose faithfulness never ended and whose generosity never waned. In their hearts, she was an inspiration to all. And even in her retirement, she would share fond memories of her time at St. Peter’s with her fellow Sisters.

As Sister’s health began to diminish, she returned to Mt. Alvernia, yet even in her declining years, she remained outgoing, reaching out to others as she could. For over half a century, Sister Bernadette served in various ministries and became endeared to the hearts of many. She once described happiness as loving God, being at peace and being a Franciscan.

Sister Bernadette will be remembered as someone who loved life and nurtured a solid dedication to God.

Click here to make a gift in memory of Sister M. Bernadette Battaglia 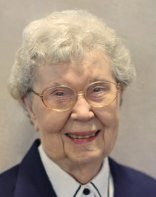 Sister Elise Renk grew up in the Pittsburgh neighborhood of Mt. Oliver during the Great Depression. A two-mile walk to the library on the South Side did not discourage her from becoming an avid reader as a child. Sister attended St. Henry school, where she met the sisters of St. Francis of Millvale. Her love for learning — and the Sisters of St. Francis of Millvale who were her teachers — grew, and she entered the community at age 16.

Sister Elise began her teaching ministry in 1936 at St. George school and soon earned two Master’s degrees in Education. She loved teaching, and her favorite subject was biology, where she could indulge in her love of teaching the wonders of creation. “Biology is the story of life and creation, and that fit right in my basket,” she once said.

Sister Elise retired from education after 50 years as a teacher and principal in 1990. Still, she soon took up a new ministry, working in the Human Resources department at the former St. Francis Medical Center in Pittsburgh’s Lawrenceville neighborhood.

At 72, Sister Elise embraced the Information Age and began learning to use a computer. Her endless desire for knowledge enabled her to thrive on challenges. When she was 82, she ministered at Mt. Alvernia Day Care Center for several years. And at 100 years old, she enjoyed computer games.

Sister Elise believed her secret to a long life was maintaining a positive attitude despite facing challenges. She once remarked that, even when faced with negative hardships, “You still have to find maybe a speck of good in it.”   Her mind remained sharp as she enjoyed many cherished friendships.

Sister will be remembered as a lifelong learner dedicated to excellence in teaching, someone who cherished her many friendships and for her mind, which remained sharp until God called her home. 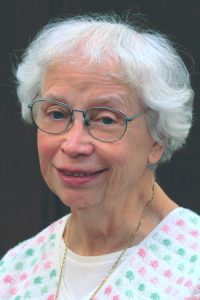 Sister Eleanor was born in the Lovejoy neighborhood of Buffalo, New York, one of nine children. She graduated from St. Agnes School and Bishop Colton High School; she was a member of the East Lovejoy Drum Corps and participated in many competitions. In 1953, she entered the Sisters of St. Francis in Williamsville, New York. She earned a B.S. in Education and embarked on a ministry in education that lasted 29 years.

Sister taught primary grades in Catholic schools in western New York — Infant of Prague, St. Aloysius, St. Mary, St. Gerard, SS Peter and Paul, and Holy Name. She also ministered as a Librarian at Our Lady Help of Christians. Always willing to help, Sister Eleanor volunteered at Loaves and Fishes Food Pantry. Her love of the Bible led her to Joseph House, an adult education center, where she taught bible study and volunteered in hospitality.

Sister Eleanor and other sisters were involved in a car accident that changed her life. But her faith in God, her resilience and the support of her family, friends and fellow Sisters helped her heal physically and emotionally, and she regained her health and confidence.

Retired from active ministry, Sister Eleanor remained active, knitting and crocheting items for the poor. She took up adult coloring and used the beautiful pictures she created as gifts for her family. Reading was her passion, especially biographies and autobiographies, and she made frequent trips to the Audubon Library in Amherst to load up on reading material. In reflecting on her life, Sister Eleanor said: “My life as a Franciscan has been one of fulfillment and gratitude for the gifts of my religious vocation.”

Sister Eleanor will be remembered for her love of music, reading and the Bible. 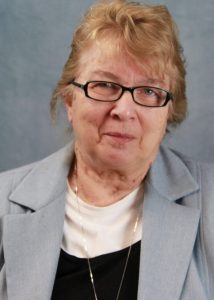 A Buffalo, New York native, Sister Julie Uhrich was introduced to the Sisters of St. Francis when she attended Bishop O’Hern High School in Williamsville, New York. Born Carol, she took the religious name of Julie when she entered religious life in 1958.

Sister Julie earned a master’s degree in education and theology and spent nearly 60 years ministering as a teacher in Catholic Schools and Religious Education programs. She grew her love of teaching in schools throughout western New York — Cheektowaga, Orchard Park, Lancaster, East Lovejoy and Elma.

For 23 years, Sister worked for the Diocese of Buffalo as the Regional Director of Religious Education of the Southern Tier. Sister Julie oversaw 14 parish Religious Education programs headquartered in Cuba, New York. She began working with 20 county parishes and eventually expanded to 40 parishes. Like St. Francis, Sister Julie went from place to place, spreading the Good News of the Gospel over her mission field of 1500 square miles.

Sister Julie will be remembered for her love of teaching, cherishing the time spent with family and the joy she found in the Lord. 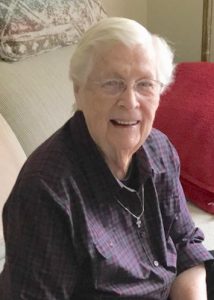 Sister Mary Joseph was born in Port Jervis, New York and entered the Sisters of St. Francis in Hastings-on-Hudson in September 1949.

Sister Mary Joseph had a long ministry in health care as a nurse and hospital administrator. She graduated from St. Francis Hospital School of Nursing as a Registered Nurse; later, she earned a BS in nursing and an MBA in hospital administration. Her ministry took her to numerous hospitals in Poughkeepsie, White Plains, New York City and the Bronx. In addition to nursing, she served as operating room supervisor, assistant hospital administrator, clinical coordinator of an alcoholism unit and chaplain. While ministering as a nurse at St. Francis Hospital in Poughkeepsie, New York, she established a department for psychiatric care.

Sister Mary Joseph also served her congregation, coordinating healthcare appointments for her Sisters living in the region house infirmary, overseeing the region’s car fleet and driving Sisters to medical appointments. She will be remembered for her willingness to serve and dedication to the thousands of patients who came under her care. 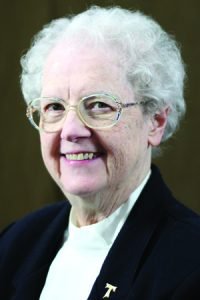 The youngest of seven children, Sister Eileen, was born in Buffalo, New York. She took to performing, acting in plays and singing in choruses while attending Mount St. Mary’s Academy and D’Youville College (now University). She also performed in CYO one-act play competitions in her home parish, St. Paul’s in Kenmore.

Sister became acquainted with the Sisters of St. Francis when she was assigned as a student teacher at Holy Name School in Buffalo. She entered the community in 1953.

She majored in education with additional studies in music and English at Rosary Hill College (now Daemen University) and Canisius College. In her more than 25 years in education, Sister Eileen ministered in elementary and high school classes throughout western New York. She began working in pastoral care in 1978, becoming a certified pastoral assistant. She ministered in various nursing homes, including St. Francis Geriatric Center in the former St. Francis Hospital in North Buffalo.

Sister Eileen served as a liturgist and organist at the Sisters’ region house on Reist Street in Williamsville. She was a member of the Church Musicians Guild of Buffalo and the Buffalo Choral Arts Society.

Sister’s brother, Dr. Donald Pinkel, was a cancer researcher at the Roswell Park Memorial Institute, where he helped develop a cure for childhood leukemia in the 1950s. He predeceased Sister in March 2022.

Sister will be remembered for enhancing liturgical services with beautiful music and her care for children and the elderly. 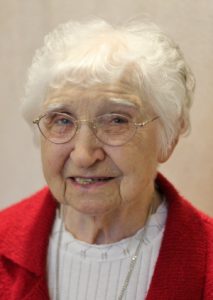 Sister Pauline was born in Midland, Pennsylvania, one of seven children of Czechoslovakian parents. She became acquainted with the Sisters of St. Frances when she attended Mt. Alvernia High School in Millvale, graduating in 1937. She joined the Sisters the year after her graduation.

Sister spent more than 30 years ministering in education, teaching throughout western Pennsylvania and Puerto Rico. In 1972, she began her years of ministry in religious education, parish ministry, formation and pastoral ministry, again in the Pittsburgh area and Puerto Rico. She spent several years at St Jerome Parish (now Mary, Mother of the Church) in Charleroi, a ministry that remained close to her heart. In 2005, she began her congregational service at the region house, where she joined with Sisters in her memory care unit for daily prayer and the rosary.

Sister Pauline will be remembered for her passion for living, her gracious smile and her love for all people and all creation. 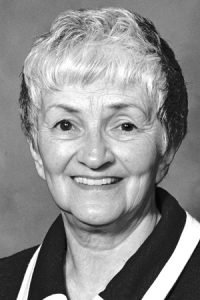 Sister Dolores — Sister Dolly — was born in Johnstown, Pennsylvania. She entered the Sisters of St. Francis in 1948 and professed her final vows two years later.

Sister earned a BA and MA in Education from Duquesne University and completed a five-week course in Vocational Education from Gannon College in 1972, preparing her for more than 30 years ministering in education. Sister Dolores taught elementary and junior high school and served as principal at St. George School in Pittsburgh from 1970 to 1972. She also served in the Education Office of the Altoona-Johnstown Diocese for four years. While caring for her parents in Johnstown during the 1980s and 1990s, she continued to minister, working in the parishes of St. Patrick, Our Mother of Sorrows, St. Clement and the Church of the Visitation, where she was responsible for Christian Initiation, Baptismal preparation, Liturgy of the Word for children and the Disciples in Mission program. In 1999, Sister Dolores celebrated her 70th Jubilee as a Sister of St. Francis.

Sister will be remembered for her thoughtfulness, expressed through the cards and notes she sent to family, friends and her Sisters in community for any occasion or to express her thanks.