What it means to be Franciscan

Our Franciscan tradition is based on the teachings of the 13th century saint, Francis of Assisi.

Francis gave up his family’s wealth and carefree lifestyle, embracing poverty and humility in a life of service to God, care of the poor, peace through social justice and stewardship for all of nature. Through prayer and contemplation, Francis saw that all people and all of creation were proof of God’s unconditional love for us. This brought him unending joy. He viewed all people as equal, care of the poorest as an obligation and stewardship of nature as man’s responsibility. 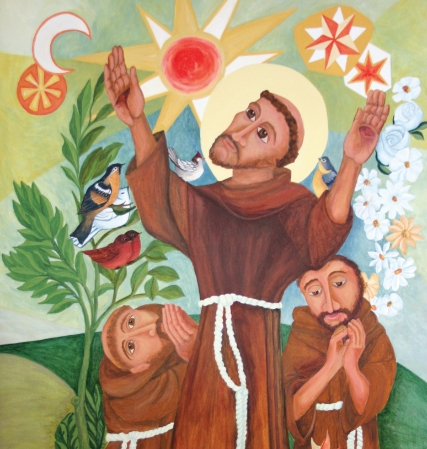 For us, being Franciscan means:

Embracing with joy God’s unconditional, never-ending love for us

Serving those most in need — the poor, the marginalized, the trafficked, the immigrant

Treating all people as brothers and sisters

Living according
to the gospels

Care of the planet, our common home, in gratitude for these gifts from God.

The last letter of the Hebrew alphabet, to Christians the tau represented the cross of the crucified Christ. Because of Francis’ devotion to the Crucifixion, he adopted the tau as his seal.

The Franciscan Coat of Arms

The sign of the secular Franciscan order in the United States, it shows the right arm of Jesus with the nail wound in the hand crossing the left arm of Francis, whose hand bears the stigmata. There is a crucifix, often a Tau, in the background.

It is said that Francis was kneeling before this cross in the church of San Damiano when he heard God telling him to “rebuild the church.” Francis took that to mean he was to repair the crumbling structure and he sold his father’s cloths to purchase stone for the building’s reconstruction. Franciscans see it as a message to renew the Church.

Born in Assisi, Italy in 1182, Giovanni Francesco Bernadone was the son of a wealthy merchant. A carefree youth who wanted to be a soldier, Francis’ experience in the war against Perugia in 1202 changed him. Recuperating from an illness he contracted during a year as prisoner of war, Francis had dreams and visions. But it was a vision he had while traveling to Apulia in the army of the Count of Brienne that made Francis turn away from his wealth and seek a life of poverty and service to the poor.

Through prayer and contemplation, often done in nature, Francis saw that God and his unconditional love of humankind is at the center of all people and everything in creation. God came to us as Jesus in the crib, showing his humility, and Jesus died on the cross not just for our sins, but for his unconditional love of us. God’s unending love became a source of joy for Francis; the Gospels were his life model.

Today, Francis is one of the Church’s most popular saints. His simple lifestyle, sense of social equality and concern for nature remain relevant 800 years after his death. 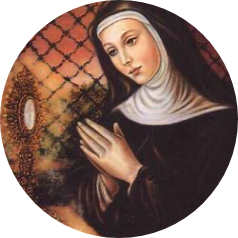 Also born into wealth and privilege, Chiara Offreduccio was a devout Christian even as a child. As a teenager, she heard Francis preach and just days later, left her home to follow Francis. Francis placed her with Benedictine sisters where she stayed until a small house was built for her and the women who followed her; the order she founded was known as the Poor Ladies of San Damiano.

Claire closely followed Francis’ life and values and embraced austere poverty. She saw Francis as a spiritual father figure and cared for him during his final illness. 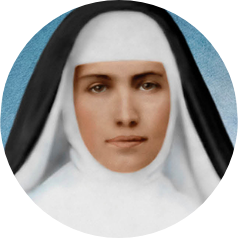 The daughter of German immigrants, Marianne Cope entered the Sisters of St. Francis in Syracuse, New York in 1862. By 1870 she was a member of the congregation’s governing council. She helped establish two Catholic hospitals in New York State — St. Joseph’s in Syracuse (the city’s first public hospital) and St. Elizabeth’s in nearby Utica, the first to accept patients regardless of race, creed and ability to pay.

In 1883, Mother Marianne and six sisters traveled to Honolulu, Hawaii, answering a request for help with patients of Hansen’s disease (leprosy). After managing a hospital in Oahu and setting up Maui’s first general hospital, Mother Marianne and the sisters relocated to the remote peninsula of Kalaupapa in 1888. There she cared for the dying Father Damien and established a home for the female patients. Mother Marianne remained on Kalaupapa until her death in 1918. She was canonized in October 2012. 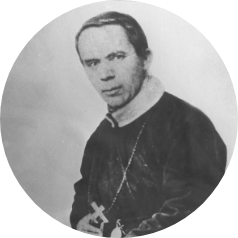 A Catholic priest in Bohemia, John Neumann immigrated to the U.S. in 1836 where he became a Redemptorist priest. He served as a diocesan priest in New York State, riding on horseback to minister to the 200,000 Catholics that made up the diocese. As the fourth Bishop of Philadelphia, Neumann founded the first Catholic diocesan school system. He also assisted three German immigrants who wished to establish an order of women religious. Their order would later lead to the combined congregation known as the Sisters of St. Francis of the Neumann Communities.