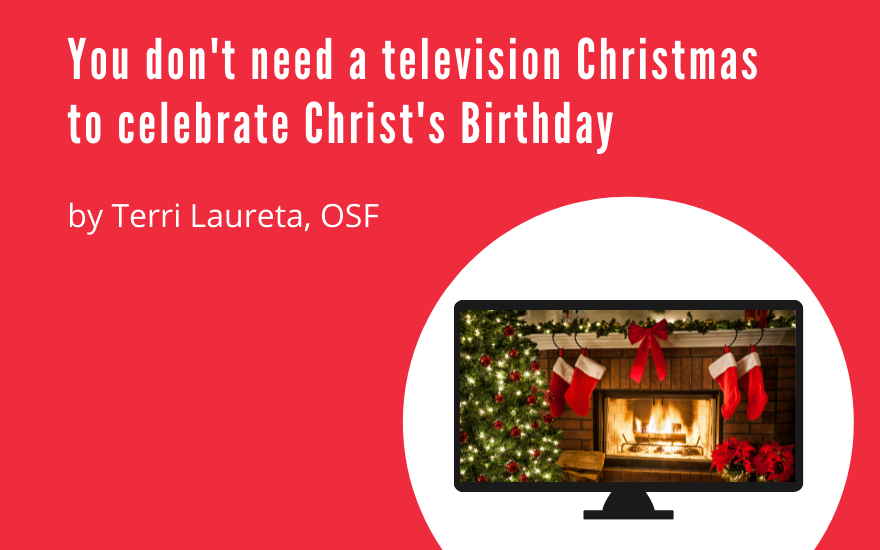 As a child, did you define a “real” Christmas by what you saw on television? “The Donna Reed Show”? “Leave It to Beaver”? “The Three Stooges”? I did. But I lived in Hawaii, and no television Christmas happened there.

The topside of Molokai, an island in the Hawaiian chain, is where I grew up. My father worked for Del Monte’s pineapple industry. Many people think of Hawaii as a “melting pot.” Let me share my reality of the melting pot. I lived in a plantation village where people of different races and cultures lived on the same plantation. Like other areas in the world where immigration took place, the different groups felt the need to maintain their safety and identity. Therefore, many groups excluded anyone who was not like them. This racial prejudice formed separate residential pockets. It was rare to see Filipinos in the Japanese section of the village.

Because most Filipinos were the least educated, they were hired as lowly pineapple pickers. The Filipinos, in their innocence, had accepted Del Monte’s contract requirement that wives and children were to be left behind. The ensuing depression caused by loneliness in the Filipino sector was prevalent. The feelings of desolation were reflected in the dirty, smelly living conditions of most Filipinos. One of the standing jokes endured by many of the illiterate  Filipinos was the humiliating label “stupid.” It was the drive of my parents that proved the label untrue. Members of the Laureta family were respected as intelligent and educated people.

Those who could afford Christmas trees waited for their order from the continental United States. The trees were expensive, and they took a long time to reach Hawaii. By the time they arrived, they were dry and brittle. Most of the needles had fallen off.

I wanted snow. According to Charlie Brown, snow was perfect white balls. I really wanted snow. The weather forecaster mentioned only rain. My creativity solved the problem. I sneaked into the bathroom and opened the bathroom cabinet where my father’s shaving supplies were stored. There it was! His can of shaving cream!

There was an annual plantation community Christmas party for all workers and their families. It was held in the one movie theater on the plantation. The party consisted of entertainment by the children, and Christmas songs and carols. A visit from Santa was often met with crying and screaming little children who had never seen a big, bearded, white man before. I was one of the children terrified of Santa.

When I was 5 years old, I was forced to take hula lessons. Taking hula lessons is like mainlanders taking tap dancing or ballet. By the time the annual Christmas program arrived, my level of anxiety was beyond measure.

The hula teacher had instructed each mother to obtain a flower to be worn in the little dancer’s hair. My ambitious mother picked a large wild hibiscus flower off the hedge. Because my hair was so straight, it took 12 bobby pins to keep the flower in my hair.

The night of doom arrived. We stood on stage. The curtains were drawn. The song, “The Santa Claus Hula,” started playing. We began dancing. Within two minutes, ants appeared, coming out of my hibiscus flower. As if that wasn’t bad enough, the ants started crawling onto my hair and face. I screamed. Shaking and twisting, I tried to pull the flower out. No success because 12  bobby pins held the flower in my hair very well. The situation worsened. The audience started laughing.

I chose to end my career dancing the hula.

Not wanting to prevent me from participating in the performing arts, my parents had me take Filipino dancing lessons. That Christmas, I had the opportunity to dance with an obnoxious boy. According to the choreography of this particular dance, each boy was to kneel among six girls, who were to dance around him and, at the right time, each girl would tap his uplifted coconut shell. I knocked him on his bare head with my coconut shell.  Sometimes it’s hard to be a Christian at Christmas.

My mother was very creative. She was determined to make our Christmases memorable. She constructed a cardboard fireplace, complete with red “bricks.” It was three-dimensional and the

size of a real fireplace. Instead of a real fire, there were simulated flames made from gold and red foil. Electrically run, a circular piece of shiny metal rotated near the “fire” to give the impression of glowing flames. I loved this wintry Christmas effect. I still do, and I admire any house with a fireplace. To me, it reflects calmness, warmth and a loving family. Sounds like a fairytale dream, doesn’t it?

That’s all I want. It makes me very happy that Jesus has a birthday, and it doesn’t have to be a television Christmas.

Terri Laureta traveled from topside Molokai in Hawaii to enter the Sisters of Saint Francis in Syracuse, New York (the Sisters of Saint Francis of the Neumann Communities). With an academic background in music with a concentration in church music and liturgy, she ministered in several Catholic churches as music director. She currently serves as music director at her residence, the Franciscan Villa in Syracuse. She is also a professional artist.

PreviousMake Advent Alive in You!
NextA Medal for Saint Marianne