Women Leaders in the Early Church 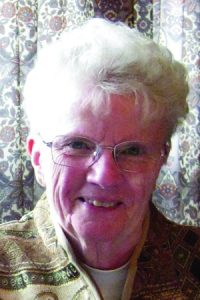 Many voices today are calling for more women to take part in decision-making in the Catholic Church. Women as decision-makers in the Church is not a new concept. One need only look at Scripture. St. Paul’s letters are our earliest New Testament writings (ca. 50-62). In Chapter 16 of his Letter to the Romans, Paul mentions twenty-six persons, including nine women. We present three of them here.

Paul commends Phoebe of Cenchreae to the Romans, asking them to welcome her. He describes her as “our sister,” a diakonos, and a “benefactor.” “Sister” probably indicates that Phoebe was a Christian, while “benefactor” attests that Phoebe provided Paul with financial support and quite possibly shelter as well. There have been several translations of the Greek title diakonos for Phoebe over time, until very recently it has been translated “deaconess;” however, this is not acceptable as there is another Greek word for deaconess. Diakonos used for a man is translated “deacon” and indicates a position in the community, one that grew into the present day Order of Deacon. If this is the translation used for a man, it should also be used for Phoebe. The Revised New American Bible translates diakonos as “minister” and a footnote states that at the early stage of the Pauline churches, the Order of Deacon was not yet developed. (Interestingly, an inscribed stone, found in Jerusalem, dating from the fourth century, reads: “Here lies the slave and bride of Christ, Sophia, diakonos, the second Phoebe, who slept in peace…”)

Prisca, wife of Aquila is the next woman mentioned. Prisca and her husband are always mentioned together.  In Rome and in Ephesus (1 Cor 16:19) they are heads of a house church. In Acts 18:26, Luke indicates that the couple catechized the early Christian missionary Apollos. Other women also are described as heads of house churches: Chloe (1 Cor 1:11), Nympha (Col 4:15) and Lydia (Acts 16:11-40). It is noteworthy that women are mentioned as heads of house churches because studies of early celebrations of the Lord’s Supper hold that they were supposedly presided over by the head of the household.

In 16:7 Paul mentions another couple, Andronicus and Junia, saying that they were “prominent among the apostles”  and also were imprisoned for the gospel. The history of the translation of the name “Junia” is fascinating. According to the rules of Greek grammar, the name as it stands can be either female, Junia, or male, Junias. Junia appears more than 250 times in ancient manuscripts and inscriptions. Junias never appears. John Chrysostom (d. 407) understood this person to be a woman, but she was switched to a male in the writings of Aegidius in the 13th century.  It is assumed that this switch occurred since no woman could possibly be an “apostle.” Most modern, competent translations have restored the name to Junia.

One can also mention Mary, Tryphaena, Tryphosa, and Persis, all described by Paul as “working hard” for the community. This “hard work” is a translation of the same verb Paul uses elsewhere to designate his own work of evangelization and teaching.

All the women of Romans 16 have been memorialized by their place in the New Testament. Today we are more and more conscious of the tremendous contribution of women in handing on the gospel and in leading the early communities. In a sense, the voices calling for more women to function in decision-making today in the Catholic Church are looking at not just our society today, but to our own early Christian roots.