Menu
News & Events
> What a Difference a Year Can Make

What a Difference a Year Can Make 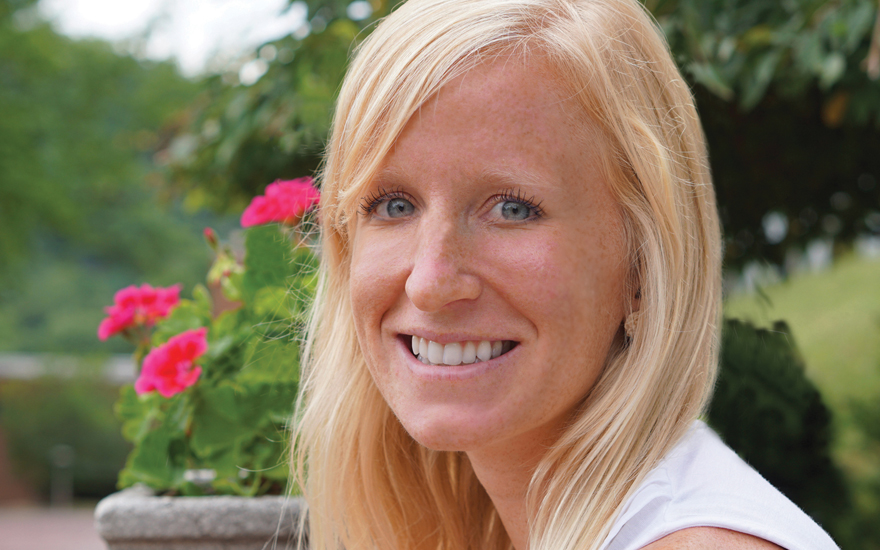 Brianne Feldpausch took a leap of faith when she delayed entering medical school for a year. Instead, she spent that time on the streets of Pittsburgh, Pennsylvania giving medical care to people experiencing homelessness and moving a big step closer to achieving her dream.

Brianne says God called her to spend that year in service, and he called her to do that service with Change A Heart Franciscan Volunteer Program, rather than with one of the many other volunteer service programs she explored. Change A Heart is a sponsored ministry of the Sisters of St. Francis in Pittsburgh; it gives young adults an opportunity to serve others while growing personally and spiritually.

As a 2015-2016 Change A Heart member, Brianne ministered with the leading street medicine program in the U.S. —Pittsburgh Mercy Hospital’s Operation Safety Net. She served as both a member of the street-homeless outreach team and as clinical coordinator.

One particular day Brianne stopped to care for a man who was experiencing homelessness and his wife who was visiting him underneath one of Pittsburgh’s colorful, iconic bridges. In the shadow of the bridge, Brianne was enlightened. She wrote about it in this blog post excerpt: “They were both pretty emotional as I was speaking with them, and then suddenly, I vividly saw that I was serving Jesus in them. It just hit me all-of-a-sudden, and it was such a gift. I felt like I was seeing them through Mother Teresa’s eyes. I have been praying for a long time to see Jesus in my clients, but it wasn’t until that day that I truly saw it was Jesus whom I was serving. It was
so beautiful.”

Brianne’s dream continued to evolve. “I felt called (by God) to bring street medicine to Lansing (Michigan),” she says. To add to her experience, she traveled to Peru for additional service work after her time with Change
A Heart.

“I was really passionate about the work I did in Pittsburgh with Operation Safety Net,” she says. “I saw what street medicine looked like and because I was so involved with it, I knew how to make it a reality.”

“My original goal for starting this program was first, to bridge the gap in healthcare to the people who are not being reached,” she explains, “and second, to help medical students better understand how we can best serve people who live differently from ourselves.”

Currently, the program operates at the Justice in Mental Health Organization (JIMHO), a peer run day center where homeless individuals can find shelter. This fall, Spartan Street Medicine will provide care directly on the streets. “It’s engaging people with health care right where they are,” Brianne says.

Program team members see clients as much more than a number. Each one is a unique child of God who receives a listening ear, a warm pair of socks and the necessities of life along with medical care and medication. “We really put the emphasis on patient interaction and getting to know that person and just hearing their story,” says Brianne. “Having someone to talk to is just so healing in itself.”

Brianne recognizes God’s power in what she has accomplished. “In developing this program, every single thing that I have prayed for and asked God for I have been given,” she says. She is grateful for her time with Change A Heart. “None of this would have been possible without Change A Heart, the Sisters of St. Francis and all of their prayers,” she says.

Brianne lives the legacy of her role model, Mother Teresa, giving hope to people experiencing homelessness. “A Mother Teresa physician is someone who treats each person as a child of God and wants the best for that person in their unique situation, and so it’s not just addressing their physical needs, but the whole person and showing them that they are loved.”

ABOUT CHANGE A HEART

For more than 18 years Change A Heart has been helping young people like you grow personally, professionally and spiritually. Established by the Sisters of St. Francis of the Neumann Communities, Change A Heart is only one of three faith-based, year-long volunteer programs in southwestern Pennsylvania where 100 percent of our members serve directly with those in need.