Menu
News & Events
> The Cross: Birthing the Community of Disciples

The Cross: Birthing the Community of Disciples 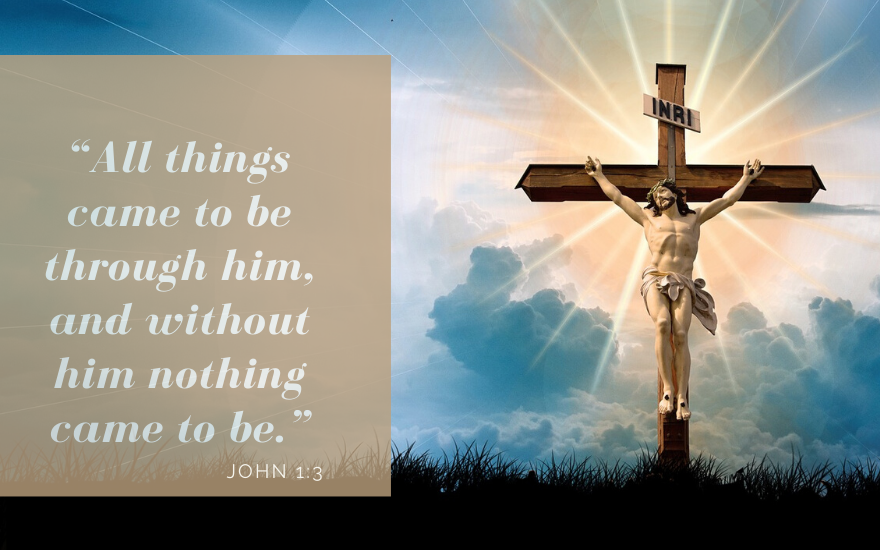 In 2002, I gave a presentation on Mary in the gospels. During the discussion, one person remarked that she had heard that the blood and water coming from the side of Jesus on the cross in John 19:34 was a birthing image – the amniotic fluid and blood involved in human birth. Unaware of this interpretation, I began researching and found it referenced in modern scholars’ writings and that early church writers, such as St. Ambrose, had written on this. You can now find a full presentation in a 2011 writing by Sister Barbara Reid, OP.  She traces the birthing imagery throughout John’s gospel and points out the birthing imagery in God’s efforts to call forth a renewed Israel: “For a long time I have kept silent; I have said nothing, holding myself back. Now I cry out like a woman in labor, gasping and panting” (Isaiah 42:14).

For John’s gospel, this brief reflection only refers to four passages. From the prologue, 1:3, describing the pre-existent Word of God, Jesus: “All things came to be through him, and without him, nothing came to be.” Reid notes that the Greek verb translated as “came to be” also means “came into being through birth.”

During the Last Supper, Jesus describes the disciples’ fear for his coming passion thus: “When a woman is in labor, she is in anguish because her hour has arrived; but when she has given birth to a child, she no longer remembers the pain because of her joy that a child has been born into the world, so you also are now in anguish” (16:21).

John notes the presence of Jesus’ mother and the beloved disciple at Jesus’ crucifixion. Jesus said to his mother: “ ‘Woman, behold, your son.’ Then he said to the disciple, ‘Behold, your mother.’ And from that hour the disciple took her unto his own.” After Jesus said “ ‘It is finished,’ he bowed his head and handed over the spirit.”  Then a soldier pierces Jesus’ side, “and immediately blood and water flowed out” (34). Jesus’ mother and the beloved disciple represent the new community brought forth by Jesus, comprised of blood family and faith family, born of water and the Spirit.

Much can be said of the birthing image used of Jesus on the cross, not the least being that the unique experience of a woman giving birth is used in the Bible of God and Jesus. Can we not say that women image God, image Jesus?