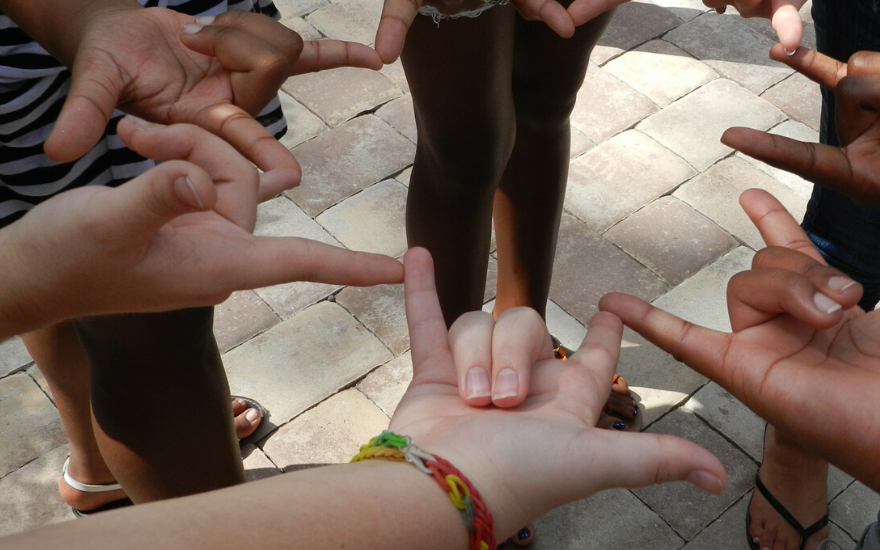 When Sister Conchetta LoPresti began teaching sign language classes at Resurrection Church in Cheektowaga, New York, the goal was to keep the parish from dividing along hearing and deaf. Ten years later, Sister coordinates the Deaf Ministry for the entire Buffalo Diocese; this year, the sign language classes have gone beyond the parish and its original goal.

“We have about 60 people. I hired more teachers,” Sister Conchetta says. “In a recent class, we had a priest who wanted to learn sign language so he can sign during Mass. We had a hearing deacon who wants to sign so he can do ministry. I am really grateful for both of those. But we also had a teacher who has a hearing student with Deaf parents. The little girl knows more sign language than she knows English, so the teacher is learning sign language so she can better understand the little girl. I am pleased with that.” Another student is the father of an 18-month old toddler who is Deaf.

The recent class graduation featured a trip to an Anderson’s Restaurant on Union Road in Cheektowaga. It’s known in the Buffalo area for its ice cream. With graduates and their guests, teachers, and aides, Sister Conchetta realized there would be many Deaf people among the 40 in attendance.

“I thought I’d better warn this Anderson’s Restaurant ahead of time, so I called and talked to a man named Nick Bunda,” Sister says. She explained that her group would be writing their orders because they were a sign language class. She also said that no one in the group would be allowed to talk for the first 30 minutes.

“Nick said they would be ready. When I arrived, I learned that Anderson’s had put on extra staff. When I went up to the counter to order, I discovered that they had typed up a simple menu and had it on the counter so you could point to the food you wanted,” Sister Concetta says. Each order received a number and staff brought food to the table, rather than call out names as is usually done.

“I think this was a wonderful last-minute accommodation, very resourceful and very thoughtful,” Sister says.

Once students received their food and received their certificates for completing the course, there was considerable conversation, as everyone was free to use their voices and hands.

“We all had a wonderful time,” Sister says. “It was a nice experience. I was really impressed with Anderson’s, and I will be sending them a very positive letter!”

PreviousDid Jesus Have a Model? A Hero?
NextChristmas Project at St. Agnes Convent