From Hoboken, New Jersey to Lima, Peru, Sister Rose Ann Reichlin has been teaching for more than 50 years. Today, as a volunteer in Buffalo, New York, Sister Rose Ann continues to share her life experiences, skills and hope with others. 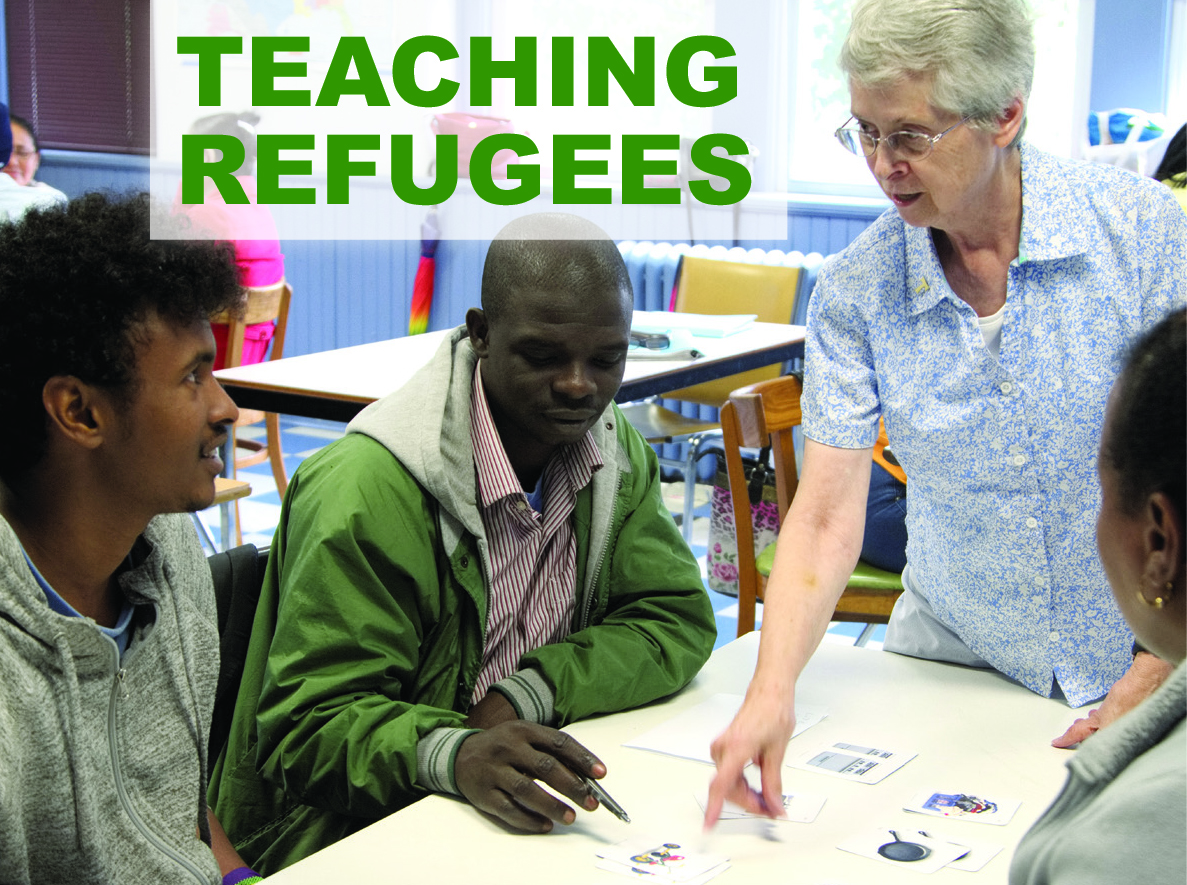 I teach English to adult refugees through the Buffalo School District Adult Education Department. All the students at my location are Catholic Charities clients. Many of the clients have never had any education in their country and cannot read or write in their language. My goal is to help the refugees become employable by learning the English language. Students who advance have the opportunity to get their GED and go on to accessing higher education and skilled or vocational training.

Teaching the refugees is challenging and rewarding. They are highly motivated and appreciate the education I offer them. My students are happy, grateful, enthusiastic and determined people who want to adapt to our culture and become self-sufficient and productive individuals. 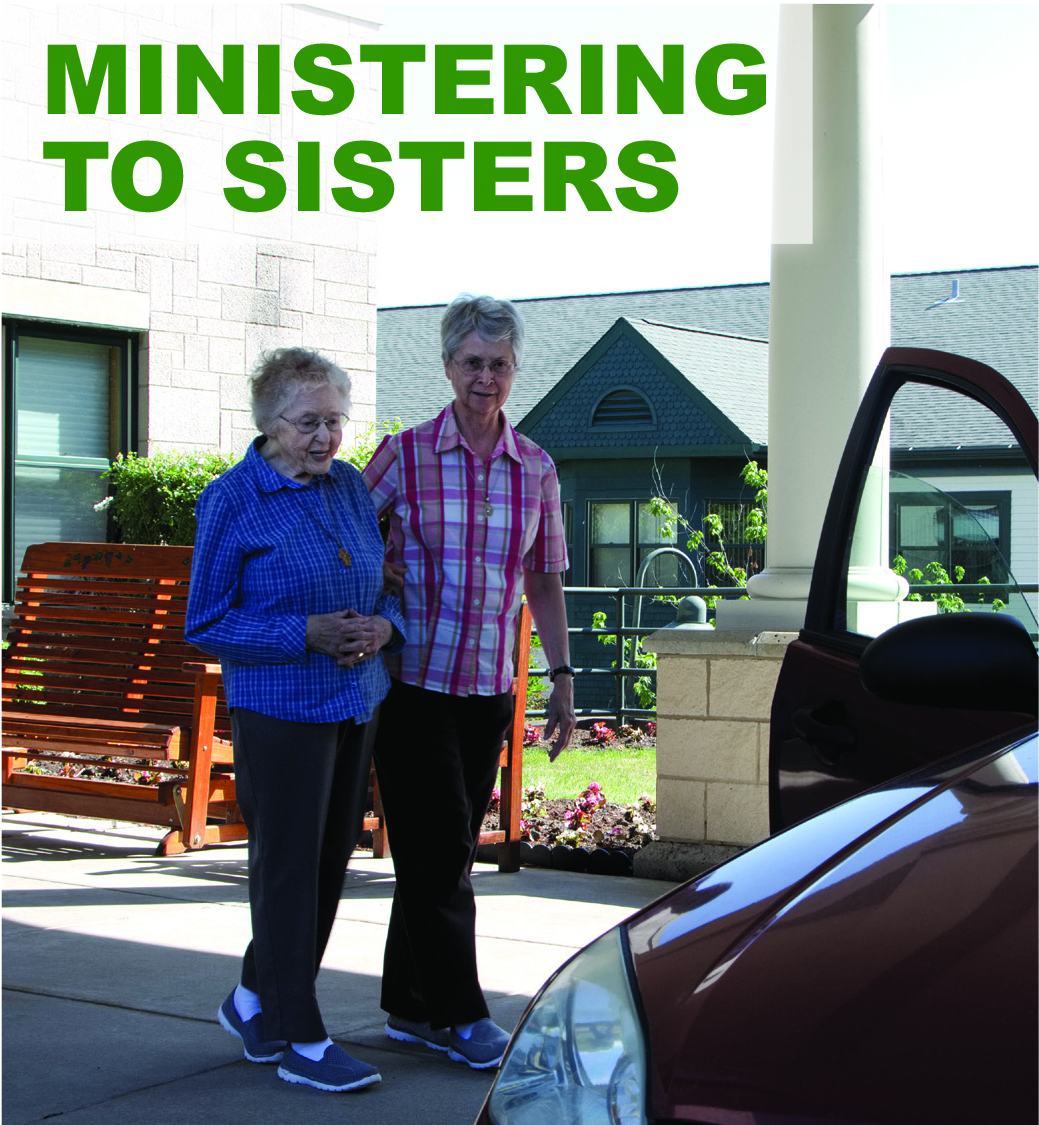 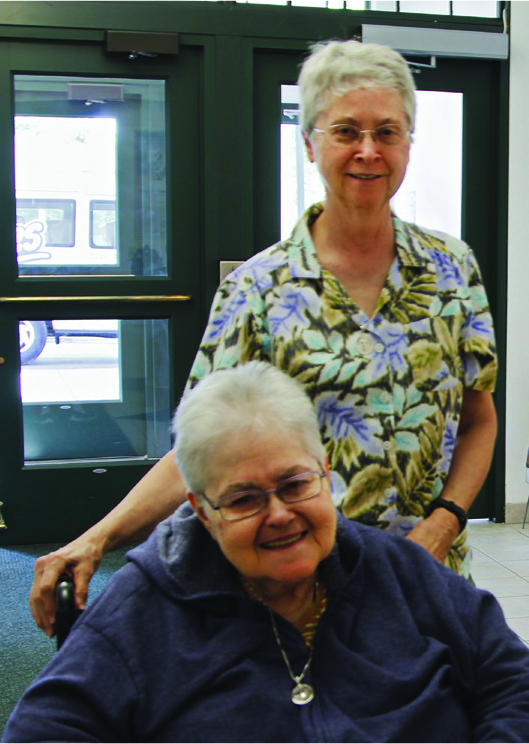 Sister Joan Marie Dundon and I are administrative assistants and help our congregation’s regional ministers in western New York. We’ve worked together since 2007, and we are close friends.

Sister Joanie loves to shop. I like to browse, so we take spontaneous outings together.

We frequent the same stores; our favorites include the Dollar Tree, Big Lots, and thrift stores. Now that Sister Joan Marie uses a walker, I find the nearest cart in the parking lot, and once she has wheels, she’s good to go! She’s amazing, like the Energizer Bunny! Her cart is never empty when we leave. I tease her and call her the “bag lady.” Our jaunts usually end by enjoying an ice-cream treat.

I also assist Sister Louise López. We met in 2007 when I was volunteering at Vive, a safe haven for refugees in Buffalo. Sister Louise was working at the switchboard and I had just returned from ministering in Peru, so Sister Louise quickly became my “Spanish connection” and friend. 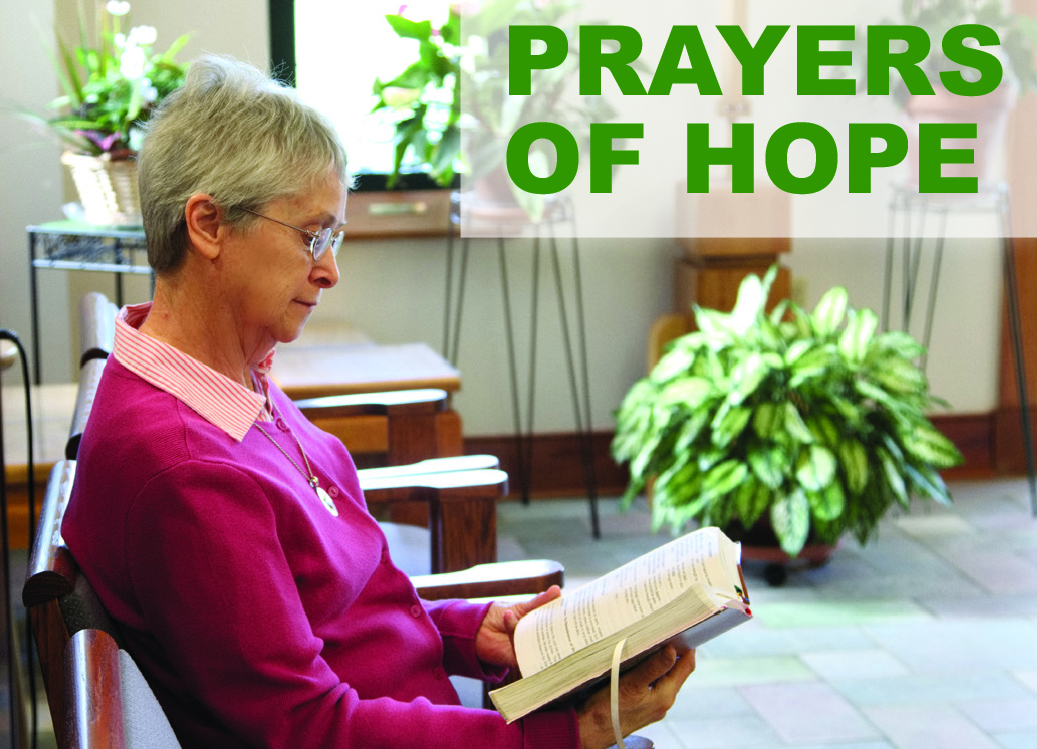 I love the quiet, respectful atmosphere of our chapel and the beautiful Morning Praise of psalms and prayers we recite in common. It is a daily reminder to me of our Franciscan heritage and our bond of unity as women religious.

I lead our Morning Praise gatherings on Mondays and Wednesdays and I also am a lector at Friday morning liturgy. The Word of the Lord is my daily inspiration and enlightenment. 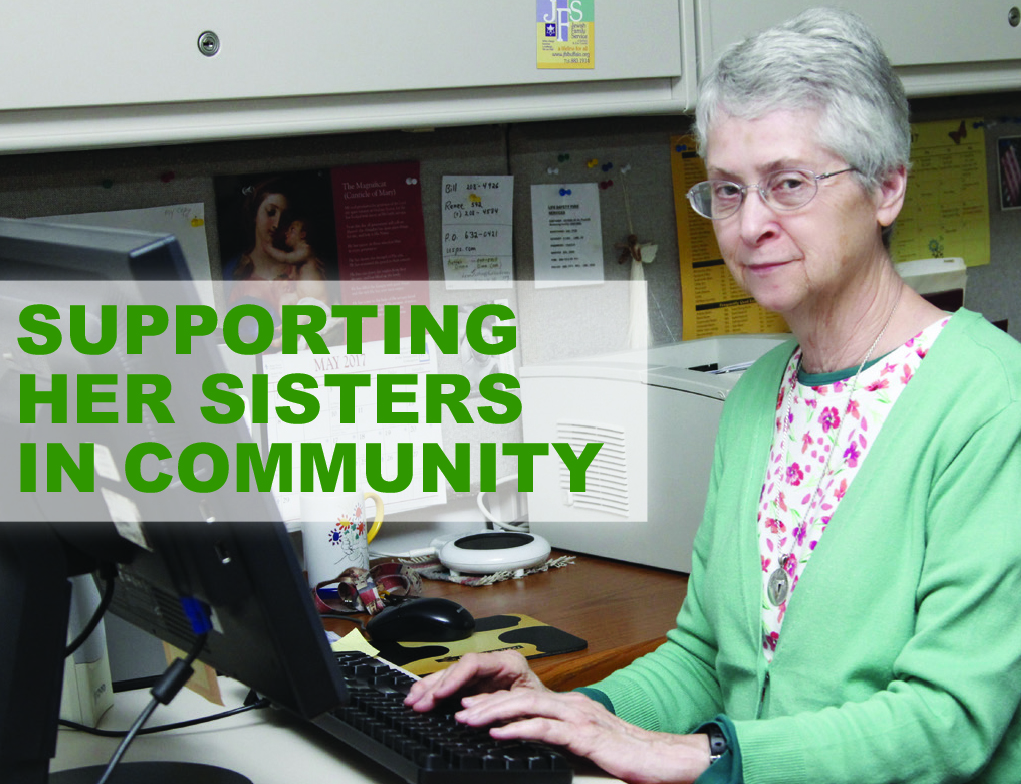 As secretary for our western New York regional ministers, I direct mail to our ministers, assist in various typing projects and maintain data files for the community. I begin my work day in the office after Mass and breakfast. Since it is part-time work, I also teach English on the West Side to adult refugees. It is convenient having my office here at the regional house because I can do some office work after class, or on weekends if necessary. 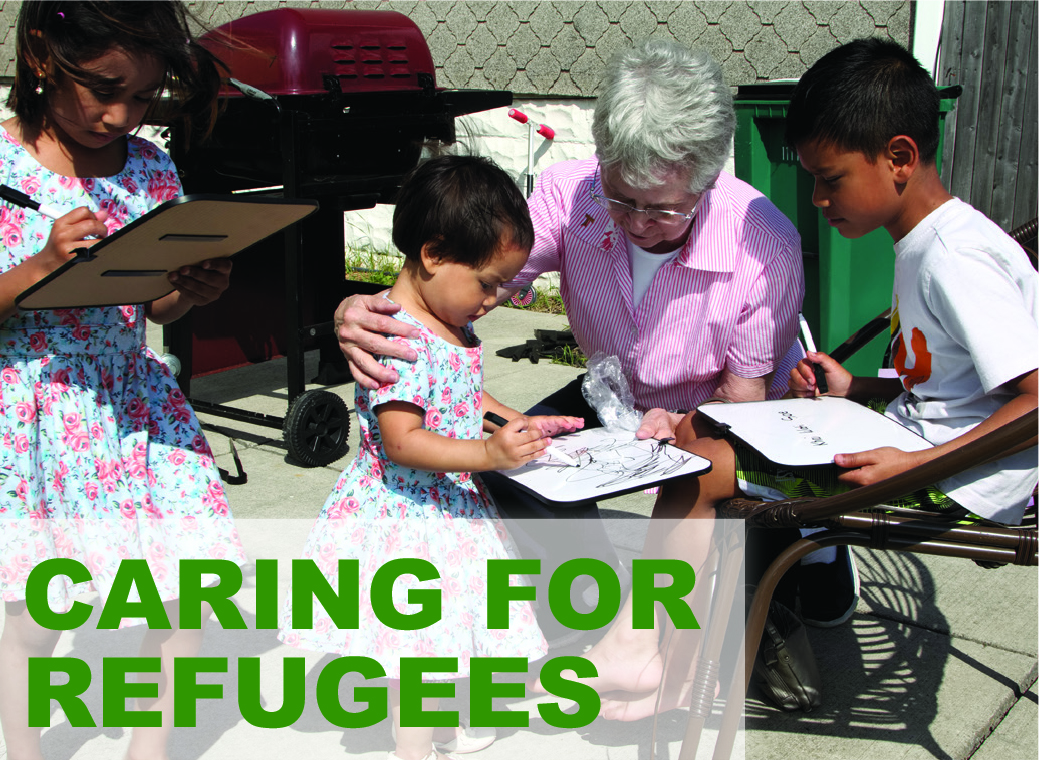 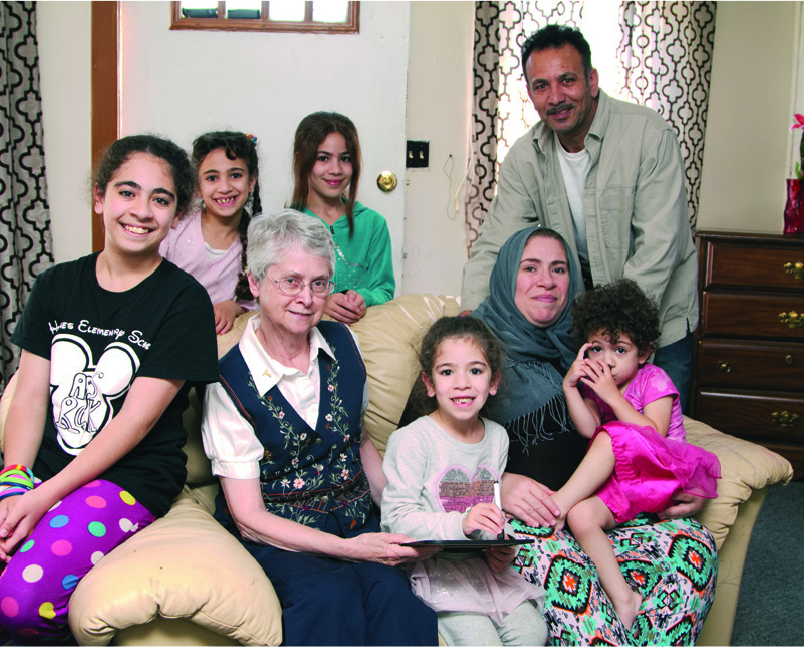 I met Sanlin Tha in 2010 when he was a student in my English as a Second Language (ESL) class in Buffalo, New York. A native of Burma, he is married and the father of three. Sanlin is a very energetic and determined man who has since secured a full-time job and bought a small house for his family on Buffalo’s west side. His wife, A Phyu left Burma with their first child in 2008, but as the van of refugees attempted to cross the border, her son was shot and killed. They were blessed with another son, Khai Wati Soe while they were living in Malaysia.

In 2009 they were able to come to the United States. They have two daughters Maya Thazon and Nadi. Judy Hall, a volunteer from the Jericho Road Community Health Center, has been accompanying the family since they arrived. The children call her “grandma.”

A refugee from Iraq, Mohamed Aly is the father of five daughters. I met him in 2013 when he was a student in my class. He and his wife had to leave Iraq; they resettled in Syria but when the war broke out there, they were able to move with the family to Buffalo. One of their daughters needed serious medical attention. Thanks to a grant from our congregation’s Mill Street Ministry Fund, we were able to help the family get the care they needed.