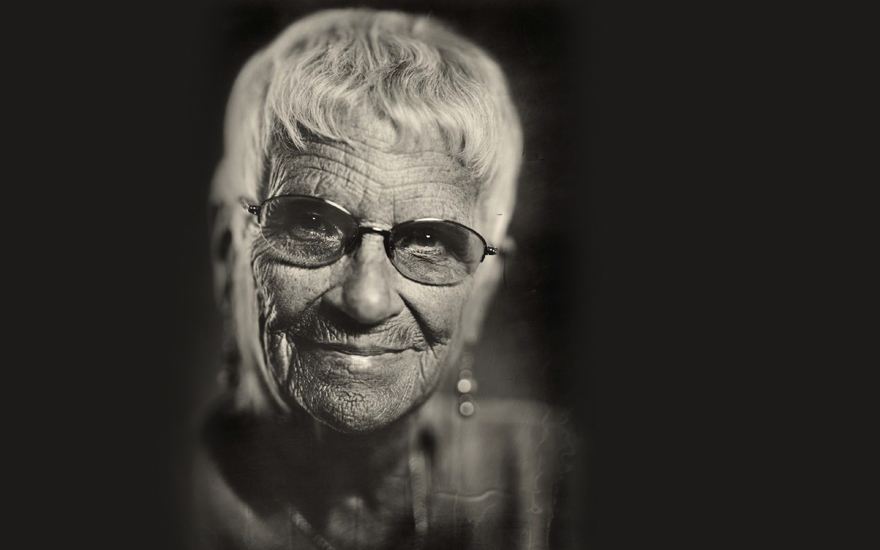 Franciscan Sister Patricia Bergan has dedicated her life to working for peace and justice. In recognition of her work, the ArtRage Gallery in Syracuse, New York is featuring her in a photography exhibit entitled “Still the One.” The goal of the exhibition, which honors 27 women activists age 80 and older from central New York, is to share the wisdom of these elders and recognize those who persisted and made a difference.

“Everyone is an activist in his or her own way. People who sign petitions, write letters or speak with a neighbor about an important issue are activists.”

Pat doesn’t speak much about her being a nun. She lives on the 7th floor in a building in one of the poorest neighborhoods in Syracuse and feels that it wasn’t her childhood that influenced her life as an activist; her family was supportive but they didn’t go out of their way to encourage her [activist] activities. She believes they feared for her.

What turned the tide for her was a Witness for Peace trip to Nicaragua in the 1980s. The trip opened her eyes to the people of that part of the world and the injustices they suffered. Since that first trip to Central America, she has been back “probably four other times” to St. Andrew’s Church’s sister community in Nicaragua. Each visit has given Pat more resolve to speak up for others. She has “learned a lot from the people. They are your teachers. It’s been a good journey I have been on.”

In discussing her [civil disobedience] arrests, Pat shrugged it off as not that big a deal. To her, protesters who have families with young children especially may have fear of being on the front line in a protest; having no children herself, she doesn’t. Pat believes “everyone is an activist in his or her own way. People who sign petitions, write letters or speak with a neighbor about an important issue are activists.”

Pat acknowledges that “there still is a lot of racism out there… I think we feel it ended 40 years ago or so now… [but] racism, sexism… it’s worse today…” In spite of her sad realistic view on society today, Pat says that activism is everywhere. She has “a great deal of hope in our young people… there’s a lot of positive things going on… Hopefully, the youth will come around and see what’s important and be there for one another.”

“I think [activism] is probably taking part in what you feel called to… it’s being in tune with people, being there to support people. Immigration is big and St. Lucy’s is studying sanctuary and what it means to be a sanctuary church. People might not realize they’re activists. Those that signed that letter for Nojaims [supermarket on the near west side that just closed] – that was an activist statement they made.”

“I think maybe the way our present government is going about many things has rekindled some of the activism. I do think maybe it’s a good thing, because it’s brought people together to say NO, this is not what America is, sending people back home and not being there for one another.”

“It’s been a good journey I have been on.”

PreviousSt. Ambrose: A Reflection
NextA Look Back at Advent: Week 1