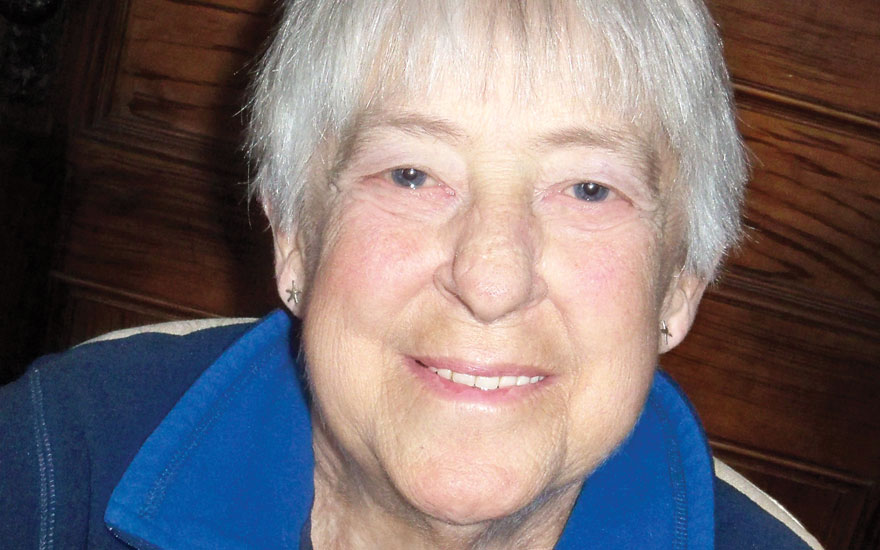 Read the story on syracuse.com.

The Miracle Case of Sharon Smith

In April 2005 Sharon was diagnosed with pancreatitis and the extreme infection was literally destroying her organs. A multitude of doctors did all they could, then told her she would not make it. They were unable to correct her basic problem. The infection ravaged her insides and tore a hole between her stomach and her intestines. “I had all my friends beside me praying.” Mother Marianne became part of this situation in a very unobtrusive way. One of Sharon’s friends was in the hospital waiting room, and a woman who also happened to be there told her about Mother Marianne, and suggested she and Sharon pray to her.

Sharon’s stay in the hospital lasted nearly a year. All medically and surgically was being done, but to no avail. During that time a Eucharistic minister would visit and pray with her. She also invited one of the Sisters of St. Francis of the Neumann Communities to come and meet Sharon. The sister described what she saw. “She had tubes coming in and out of every orifice. She looked like she was dying.” The same sister asked Sharon if she was praying to Mother Marianne. Sharon weakly responded that someone gave her a prayer card. Later this sister brought some soil from the grave of Mother Marianne and pinned it on to Sharon’s hospital gown. During the many months of her illness, Sharon’s friends and the Sisters of St. Francis continued to pray for her to Mother Marianne.

For nine months Sharon was unable to eat, and was on a feeding tube. In fall 2005, the doctors pulled the last tube from her body. Sharon said, “I thought it was my time to go.” But the doctor told me to order lunch and said, ‘I don’t know how you did it.” Sharon simply responded, “Thank you, Lord.” Sharon remained in the hospital until the end of January 2006 at which time she was discharged to a rehabilitation center. Her doctor said, “I never thought I would say this, but you’re cured.” Sharon spent one month at the rehabilitation center and went home in February 2006.

After her recovery, Sharon said that she wanted to give something back. She did this by volunteering to clean and visit residents at Francis House, a home for the terminally ill in Syracuse.

Sharon’s inexplicable medical recovery, through the intercession of Mother Marianne Cope, was affirmed by the Vatican Medical Board and the theologians and then by the cardinals and bishop members of the Congregation for the Causes of Saints in December 2011. This unanimous affirmation moved Mother Marianne forward on the journey to being named a saint in the universal Catholic church on October 21, 2012.

Notes of Interest:
• Many years previous to her illness, Sharon had a kidney transplant.
• For 25 years, Sharon was the head custodian in a middle school in Oneida, N.Y.
• For 23 years, Sharon was in the Navy in active duty and in the reserves.
• Although all of her family members are deceased, Sharon was surrounded by many friends especially her friend, Patricia Pilon, who was very supportive.