Season of Creation – September 1: Cry of the Earth 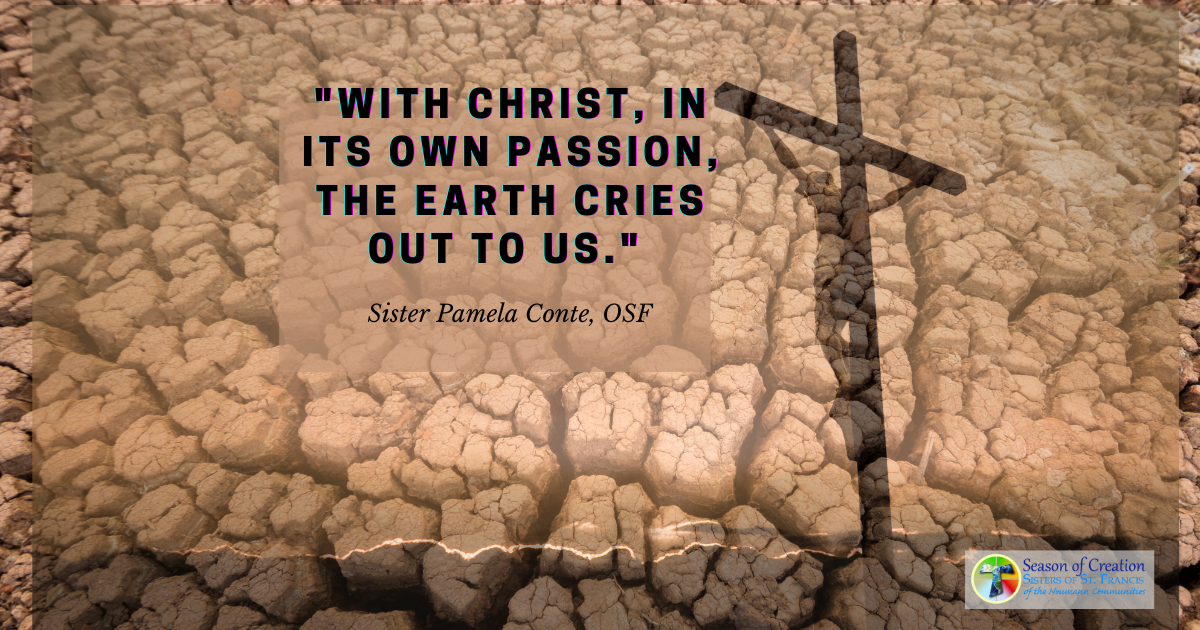 Cry of the Earth

Today is World Day of Prayer for the Care of the Earth. It also marks the start of the Season of Creation. Running through the month and ending on October 4, the Feast of St. Francis of Assisi, this is a time for us to focus on the many challenges Mother Earth faces.

We invite you to take part in this holy Season. Each week during the Season of Creation, our Sisters and Franciscan Associates will share information and reflections on our planet and all that lives here.

This week, Sister Pam Conte compares the Earth’s suffering with that of the crucified Christ in her reflection, “The Cry of the Earth.

“With Christ, The Earth is languishing – for clean air, pure water, fertile land, open space for its residents, and inclusion of all its creatures —particularly its human ones.” 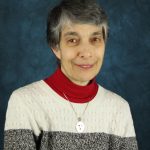 The Cry of the Earth

To make meaning of the natural environment surrounding them, our ancestors in many known cultures used their minds, hearts, and sensory experience to create stories explaining the beginning of life and all they encountered.

In the Hebrew Scriptures book of Genesis, God intentionally and in an orderly progression, creates every facet of the visible world known to humanity. Each time God creates, God looks at the result and finds it good. Then God gives creation to the creatures made in the Divine image, with the responsibility to use it for their life needs and to care for all God gave.

The Hebrew psalmist later read the ancient writer’s description of God creating the Earth and reasoned to the self-evident conclusion: “The world and all that is in it belong to God, the Earth and all who live on it.” (Psalm 24: 1) It is from this understanding that the Judaeo-Christian mindset fashions its tradition of reverence for all creation.

This perspective that the Earth, God’s own creation, is by its nature an extension of that heaven where God dwells is the frame from which Jesus viewed his earthly home. Jesus recognized that we have neither conceived nor created the land we inhabit; therefore, we are stewards caring for the property of the One to whom the very ground — and we — belong. It was with the expectation that the environment and its community were becoming ever more the domain of God and thus more like heaven that Jesus prayed to his beloved Father: “Our Father, who art in Heaven . . . may your reign come, on Earth as it is in heaven.”

Jesus was also a realist. He was sad and discouraged at the failure of the people of Jerusalem, his people, to treat one another and their surroundings with respect and care. Despite his pleading, they would not repent: the people would not listen to his pleas that they love God above all things and their neighbors as themselves.  And his reaction? Jesus wept over Jerusalem because he knew their behavior was creating their fate, and neither his love nor his care would prevent them from suffering the following events.  His later words to his listeners tell us he was not surprised that many of those for whom he had given all would finally demand his life as payment for telling them the truth. Because he revealed to them that their self-centered choices obstructed God’s plan for Earth to become a new Heaven, he would have to die.

Fast-forward three millennia to today. Our Sister, Mother Earth, has long sustained us.  Yet, even now, the pain of the Christ, punished for proclaiming our responsibility to love one another, continues in the torture and torment inflicted on every aspect of the Divine Creation of which we are a part. Like Christ, the Earth desires only to give us all we need to live wholesome and happy lives. As was done to Jesus, the Earth has had its body broken and ripped apart, the air of its breath suffocated, its life-giving springs drained or poisoned.

The passion of our Earth mirrors the passion of our Christ. One artist represented this by creating the image of a crucifix bearing the Earth as the Body of Christ: the Earth battered, torn, and bleeding. With Christ, The Earth is languishing – for clean air, pure water, fertile land, open space for its residents, and inclusion of all its creatures —particularly its human ones. With Christ, in its own passion, the Earth cries out to us.  What will be our response? 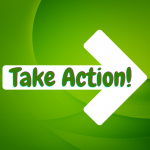 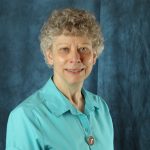 The Audubon Action Center encourages us to Protect our National Forests by providing critical habitats for wildlife. Learn more and support this issue by urging your member of Congress to support the Roadless Area Conservation Act.