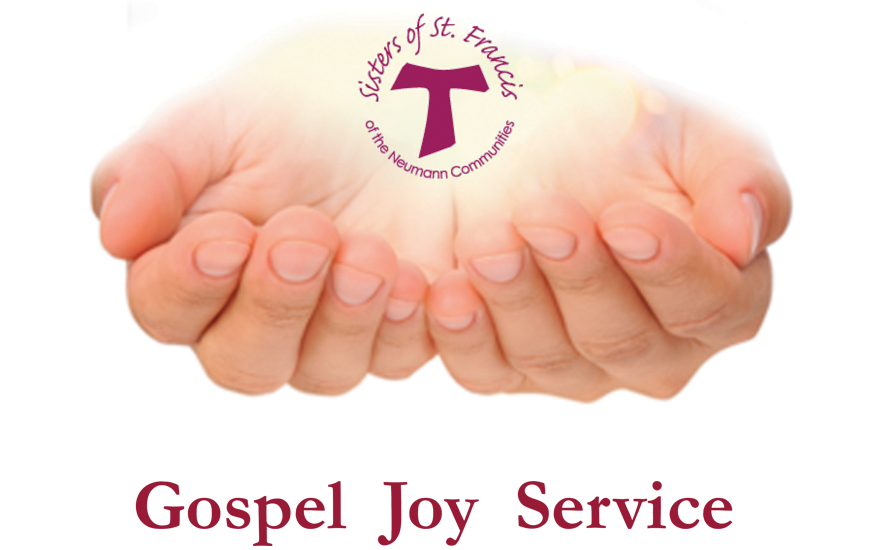 God our Father,
you will all men and women to be saved and come to the knowledge of your Truth.

Send workers into your great harvest that the Gospel may be preached to every creature and your people, gathered together by the word of life and strengthened by the power of the sacraments, may advance in the way of salvation and love.

I ask this through our Lord Jesus Christ, your Son, who lives and reigns with you and the Holy Spirit, one God, for ever and ever.

As a teenager, Sister Alice Gilabert made a decision to join the Catholic faith. A year and a half later, she felt God calling her to religious life.

Making a Difference in the World as a Franciscan Sister

How does a person make a difference in the world? Just ask Sister Joan of Arc Souza. She’s the diminutive Catholic sister with a big name. And yes, she’s named after that Joan of Arc, the courageous teenager who led French troops into battle for her king and her God and was burned at the stake by the British.

At her core, she’s Rochelle Souza, the kolohe local girl who grew up in Pauoa, has a cat named Princess, and loves Hawaiian food, especially poi. Her high school friends still call her Rocky.

But to hundreds of students at St. Francis School — the one-time girls-only institution located in the heart of Mānoa Valley — she’s the much-beloved Sister Joan. She’s also their witty and highly dedicated principal and head of school, not to mention one of the difference-makers behind so many noteworthy changes at St. Francis over the years — including the school’s decision to go coed in 2006, thus ending an 82-year-old tradition.

And yet, the students probably have no idea why she chose to name herself after that particular saint.

“As a child growing up, I was just fascinated with the story of Joan of Arc,” explains Souza, who also serves as the school’s president and CEO, as well as oversees its educational and business operations. “I was kind of tomboyish. Joan of Arc wore a suit of armor, she rode a horse, and she must’ve been a little bit of a tomboy, maybe.

“I just identified with her and her story. And she led armies into battle to put the rightful king back on the throne. That was pretty fascinating to me, and the fact that she was willing to die for what she believed.”

So when it came time for her to choose her Catholic name, she went with a woman who personified courage, leadership and faith. Like her heroic predecessor, Sister Joan of Arc Souza is a leader, an inspiration and a savior.

At St. Francis, Souza’s journey has come full circle. She graduated from the school in 1962, back when it was called St. Francis Convent School and only admitted girls. For Souza, the desire to enter religious life came quite early.

“I would say, probably second or third grade I started talking about it,” she says. “The sisters looked like heroes to me, and I wanted to join them. I wanted to be one of them.”

That may be why she gravitated toward two passions: church and teaching. She even remembers the names of all her favorite teachers. There was Sister Damien Therese at Sacred Hearts Convent School, Souza notes. And when she transferred to St. Francis Convent School, “there was Sister Mary Jean and Sister Rose Annette. They horsed around with us. They played with us. They made school fun.”

“She was a good student and dedicated to learning,” says Sister Rose Annette, who still lives in the St. Francis convent, about Souza. “She was quiet in her own way — always a hard-working student. She excelled in high school. Whatever she was assigned, she completed.
“I never expected her to be a sister, but I was glad when she entered the convent.”

“That’s what I wanted to do,” Souza confirms. “God was the most important part of my life. I wanted to serve. And I wanted to be a math teacher.”

But she doesn’t remember being such a quiet student. In her elementary days, she often found herself in the principal’s office “getting dressed down for whatever.” And when she got to high school, she admits to being a pretty typical teenager.

“I dated. There were boys. But there was something missing. Something nagging,” she confesses. “Maybe I wanted something better, something other than marriage and family.”

That something was, according to Souza, a summoning from God. She can’t explain it any other way.

“God calls. It’s just that desire. How do two people figure out that ‘you’re my soul mate’? It’s a feeling, it’s a desire, it’s an inclination, and it’s almost unexplainable that this is what you want,” she says.

“This is where I was meant to be.”

At 17, she traveled with three other girls from Hawaii to the novitiate in Syracuse, New York. It was a huge change for the small-town O‘ahu girl. “The farthest I’d ever been was Kaua‘i,” she notes.
Following her training and two decades of teaching in The Big Apple, Souza realized it was time to return to Hawai‘i. Again, she saw the hand of God at work once the sister who’d originally been given the head of school position at St. Francis declined the offer. With her degrees in theology and administration, Souza stepped into the role and turned out to be the perfect fit.

And the timing was right. Her father had been diagnosed with prostate cancer and she wanted to spend time with him.

But that wasn’t the only challenge facing her at home. When Souza agreed to take over the school, she was given an ultimatum: “‘You only have 273 students. Turn it around or we’re going to close it.’ And I thought, ‘You’re not closing my alma mater.’”

Immediately, she began taking a long, hard look at the curriculum. It was outdated. So she made upgrades, bringing in more math and college-placement courses.

And since the school only admitted girls from grade 6 and up at the time, she determined there weren’t enough students to keep St. Francis in business. So she added a preschool — coed, of course.
“The (original) plan was to expand after preschool and add first grade, and then the next year, add a second grade, and so on, to expand gradually,” explains Souza. “2018 would be our first co-ed graduating class, had we stayed with that plan.”

Instead, the school expanded quite quickly. The year St. Francis School introduced its first-grade class, Souza received a call from a father who said, “‘My son is going to be a sixth-grader. Will you take him? I understand you’re coed now.’ And I said, ‘We’ll take your son as long as he comes with another boy. We can’t have just one boy in the sixth grade.’”

St. Francis has grown rapidly since then. Today, it is a fully c-oeducational pre-school, elementary and high school. To Souza’s credit, she breathed life into the school’s athletic program, adding boys varsity sports programs such as football, baseball and basketball during her tenure. In addition, the school’s Sister Rose Annette Ahuna Gymnasium and Clarence T.C. Ching Music Center were constructed, and AP classes and an American Sign Language program were launched under her direction.

And maybe more importantly, the school nearly doubled in size in the past quarter of a century, growing from 273 students to more than 500.

So yes, Sister Joan of Arc Souza quite literally saved the school.

Souza acknowledges that things are different now for kids in ways that go far beyond reading, writing and ‘rithmetic. Teaching in 2017 means dealing with a new set of challenges.

“We fill a niche that I don’t think any other school fills,” she explains. “We take students that most of the schools would not — students that are probably on the borderline of failing in life — and we give them a chance to prove themselves. We’ve had our failures, but we’ve had more success than failures.”

This is Souza’s 27th year at the helm of the Catholic school. Remarkably, that’s the longest anyone has served as a head of school in Hawai‘i. And at 73, she has no plans to retire.

The spirit of Joan of Arc, Souza claims, keeps her committed.

And Souza’s faith is what propels her onward.

“Faith is not knowing. If you know, you don’t need faith,” she says. “Faith means I can’t prove it, I don’t know for sure, but I believe.”

So how does a person make a difference in the world? In Souza’s case, she’s doing it by staying true to herself and faithful in her mission.

And Sister Joan of Arc Souza is there to help guide them along the way.