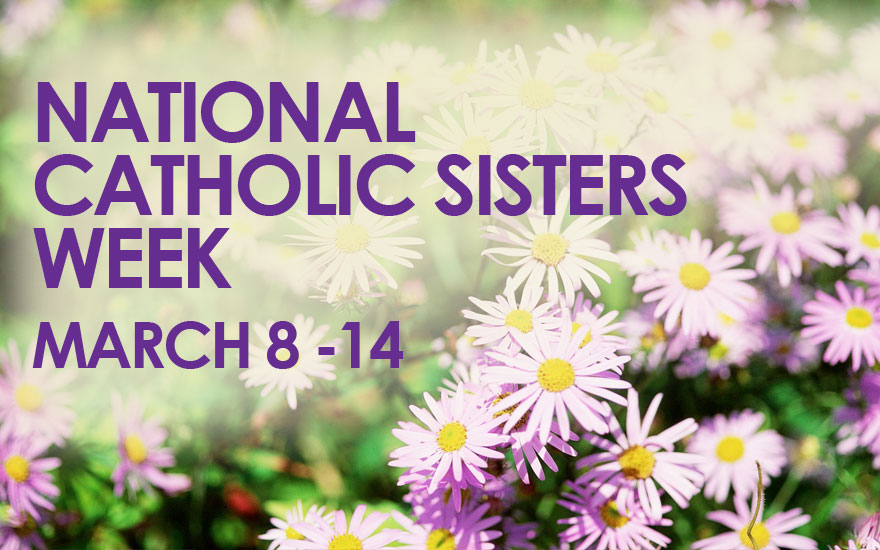 The Sisters of St. Francis of the Neumann Communities were part of the kick-off event for the inaugural National Catholic Sisters Week March 8 through 14 at St. Catherine University in St. Paul, Minn. The university received a three-year Hilton Foundation grant to help bring greater visibility to the contributions of women religious, as part of Women’s History Month (March). Sister Caryn Crook, Franciscan ecology coordinator at Alverna Heights in Fayetteville, N.Y attended the event along with Maggie Byrne, campus minister at Syracuse University. They joined women religious and young women from across the country for a weekend of storytelling, workshops and prayer.

Read about the event in The Catholic Sun.

National Catholic Sisters Week in the the news

Who are the Sisters of St. Francis of the Neumann Communities?

The Sisters of St. Francis of the Neumann Communities, who claim St. Marianne Cope as one of their own, is a congregation of more than 460 vowed women religious whose Franciscan spirit motivates them to continue God’s work and respond to God’s people wherever there is a need. The sisters serve in 12 states, the District of Columbia, the Commonwealth of Puerto Rico, Africa and Peru.

From the traditional works in education and health care, we have expanded our ministries to meet today’s needs.

Here are just some examples of what we do and where we are:

Historically, all these communities share the same Franciscan heritage that grew out of a Philadelphia congregation founded by Sister Mary Francis Bachmann, Sister Mary Margaret Boll and Sister Bernardina Dorn with the guidance of St. John Neumann (then Bishop of Philadelphia) in 1855. Embracing this Franciscan legacy, today we remain rooted in the Gospel as we serve God’s people with reverence, justice and compassion.

St. Marianne Cope, a Sister of St. Francis of the Neumann Communities, was canonized Oct. 21, 2012. She is the first Franciscan woman from North American to be canonized, and only the 11th American saint. A woman of great valor, this beloved mother of outcasts, spent her early years in central New York where she served as a leader in the field of health care, education and of her own congregation. Responding to a call to care for the poor sick on the then Sandwich Islands, she devoted 35 years to caring for those afflicted with Hansen’s disease on Kalaupapa, Molokai, Hawaii.

Visit our official website to learn more about the life and ministry of St. Marianne Cope and the canonization process.

How can you be more involved?

Discern religious life as a Sister of St. Francis >

Send us a prayer request >

Donate to the sisters >

Franciscan Spirit is our periodic magazine.