Amid great ceremony St. Marianne Cope returned to Hawaii on July 27, and on July 31 her mortal remains were enshrined at the Cathedral Basilica of Our Lady of Peace in Honolulu.

Nearly 700 people attended the special ceremony to welcome St. Marianne Cope to her final resting place at the cathedral basilica. Several sisters served as pall bearers for St. Marianne’s remains, followed by our leadership team and the Sisters of St. Francis who attended the event. Among those attending were three legislators (who presented a certificate of appreciation to Bishop Larry Silva of the Archdiocese of Honolulu and the Sisters of St. Francis); St. Marianne’s great-great niece and nephew (Margaret Burnett and Dr. Paul DeMare); Hawaiian Royal Societies members; Marquisa Esther Kapi’olani Kawananakoa, princess from the royal line of King David Kalakaua; and nine patients from Kalaupapa, Molokai. “Boogie” Kahilihiwa, one of the patients, spoke at the enshrinement. “

[St. Marianne] cared for all of us, with aloha, compassion and dignity. We love her and we are happy that she has returned home to Hawaii-nei.”

St. Marianne’s Cope mortal remains were accompanied to Hawaii by Sisters Roberta Smith, general minister and Geraldine Ching, assistant general minister. They were welcomed by the sisters from Hawaii who sang Hawaiian songs and greeted them with leis. St. Marianne, the first Franciscan woman to be declared a saint, is also the only saint to be laid to rest in a cathedral. She had been in Syracuse since 2005 when her remains were moved from her resting place in Kalaupapa for her beatification. The subsequent closing of the convent and chapel in Syracuse required sisters to relocate her remains. 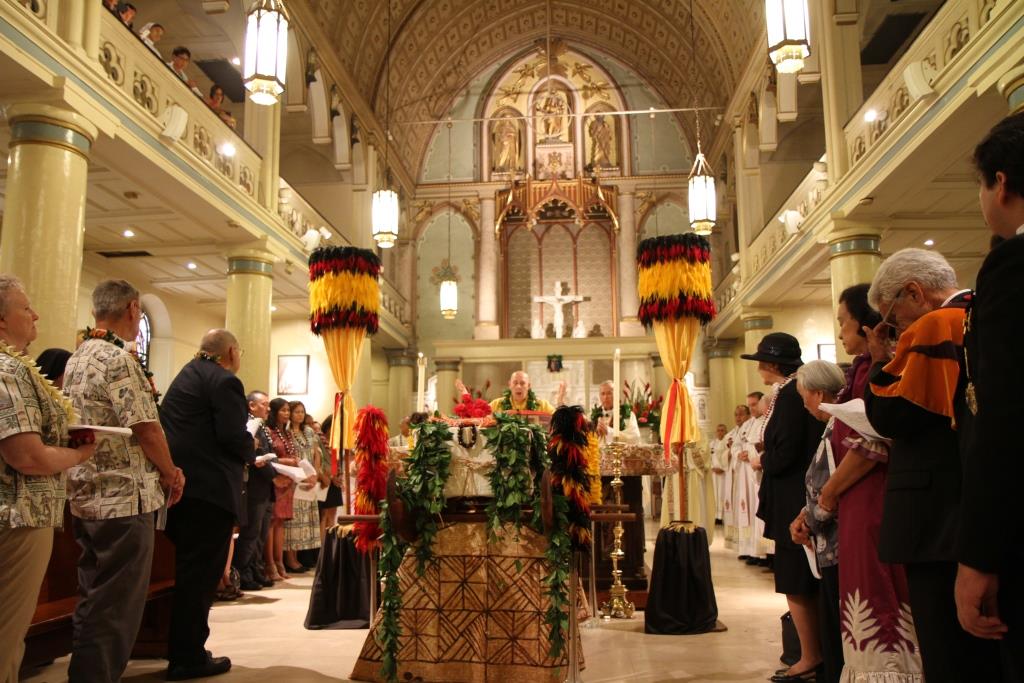 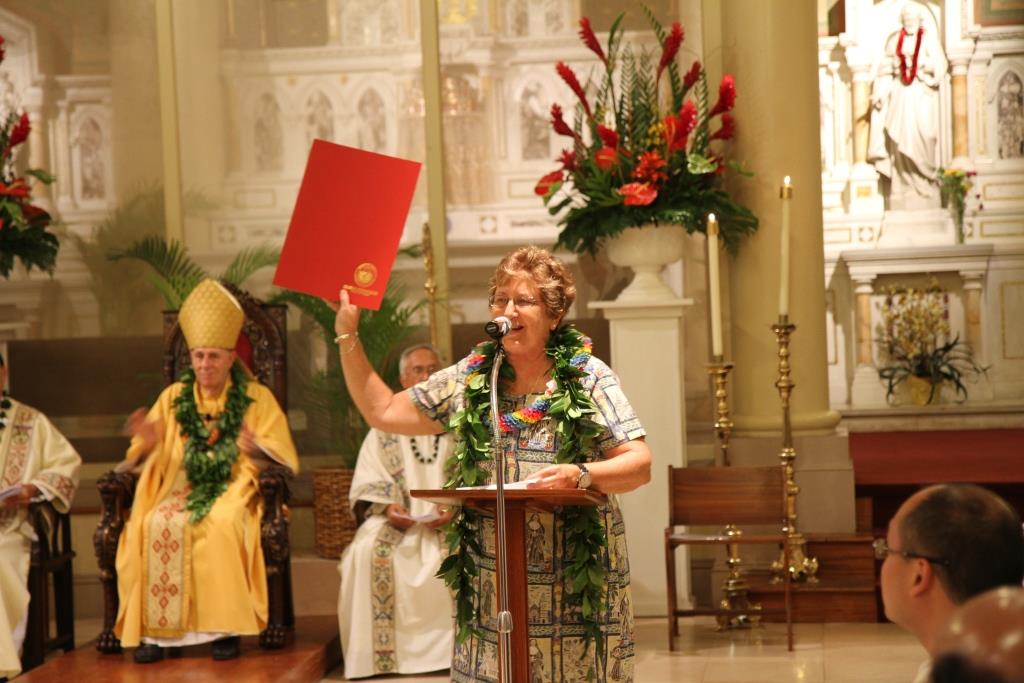 Sister Roberta Smith holding the certificate presented to the Sisters of St. Francis of the Neumann Communities and Bishop Larry Silva by legislators. 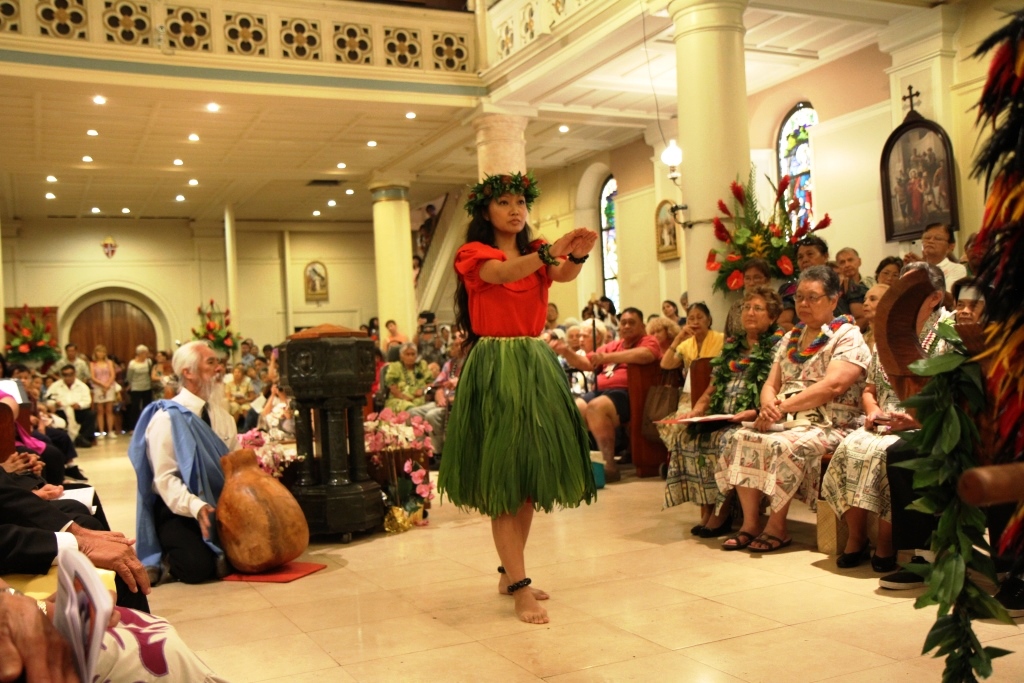 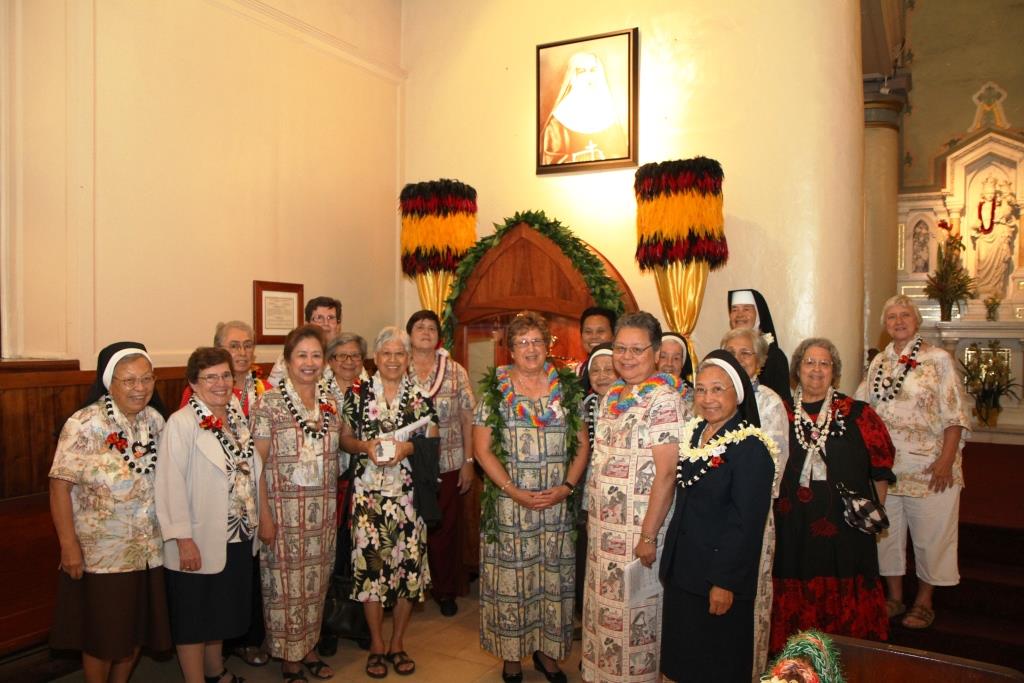