Hidden with Christ: St. Andrew and the Transfiguration 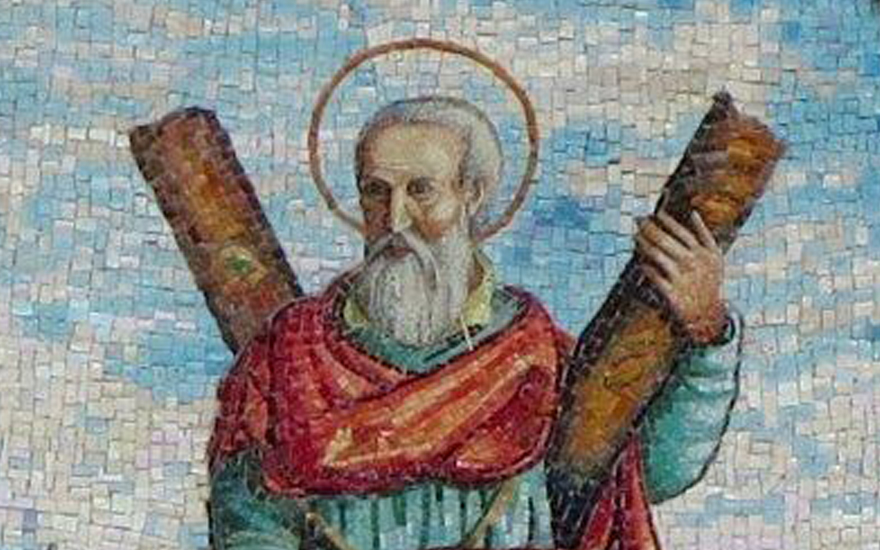 Over the years, I have sometimes wondered about and sympathized with Andrew, the Apostle, who seemed to be left out of certain key events. Jesus took Peter, James, and John up to the Mount of Transfiguration, but not Andrew.

The trio of Peter, James, and John occur in all three synoptic Gospels as witnesses to more miracles than the other apostles. That is, more than the evangelists wrote down. John closes his Gospel with the idea that Jesus performed many more things – more deeds and miracles – than can be written down. No one knows if Andrew and the others saw many of these.

The Mount of Transfiguration ranks among my most favorite places in the Holy Land. We spent a Sunday there with Mass and pilgrimage and prayer, and photos.

A year later, Amalfi ranks among my favorite places in Italy because there we visited a beautiful church dedicated to St. Andrew. His relics lie in the crypt of the 13th century cathedral built on the Amalfi Cliffs. Earlier churches on the site appeared in the 6th and 9th centuries. A large statue of St. Andrew overlooks the Piazza del Duomo in Amalfi.

Some relics of Andrew lie in other countries. Nine of the 12 apostles lie in churches in Rome. We visited these on our pilgrimage too. However, Andrew remains with me with a special insight into his particular vocation.

Andrew loved his brother Peter and brought him to Jesus. After the Ascension, Andrew preached and lived the Gospel in areas around the Mediterranean Sea and met death by crucifixion on an x-shaped cross in Greece. Over time, Christians carried his message and mission and his relics to more places, including Scotland, Poland and more. In today’s first reading from Romans, we have the lovely line from Isaiah: “How beautiful are the feet of those who bring the news! Charles Gounod captured the beauty of this thought in his composition of “Lovely Appear over the Mountains,” a hymn in his oratorio, The Redemption.

Today’s Gospel tells us of two sets of siblings who left their nets, their boats, and their parents – on the shores of the Sea of Galilee and followed Christ.

One of my lasting favorite Scripture passages is: “Your life is hidden with Christ, in God.” (Colossians 3:3)

We may never know the reach of the way we preach the Gospel by our lives. Andrew’s virtues and the whereabouts of his relics may be more hidden and spread out than some of the others, but he shines in my heart as the saint who received in his own special way, a hidden way, the love and friendship of Jesus.