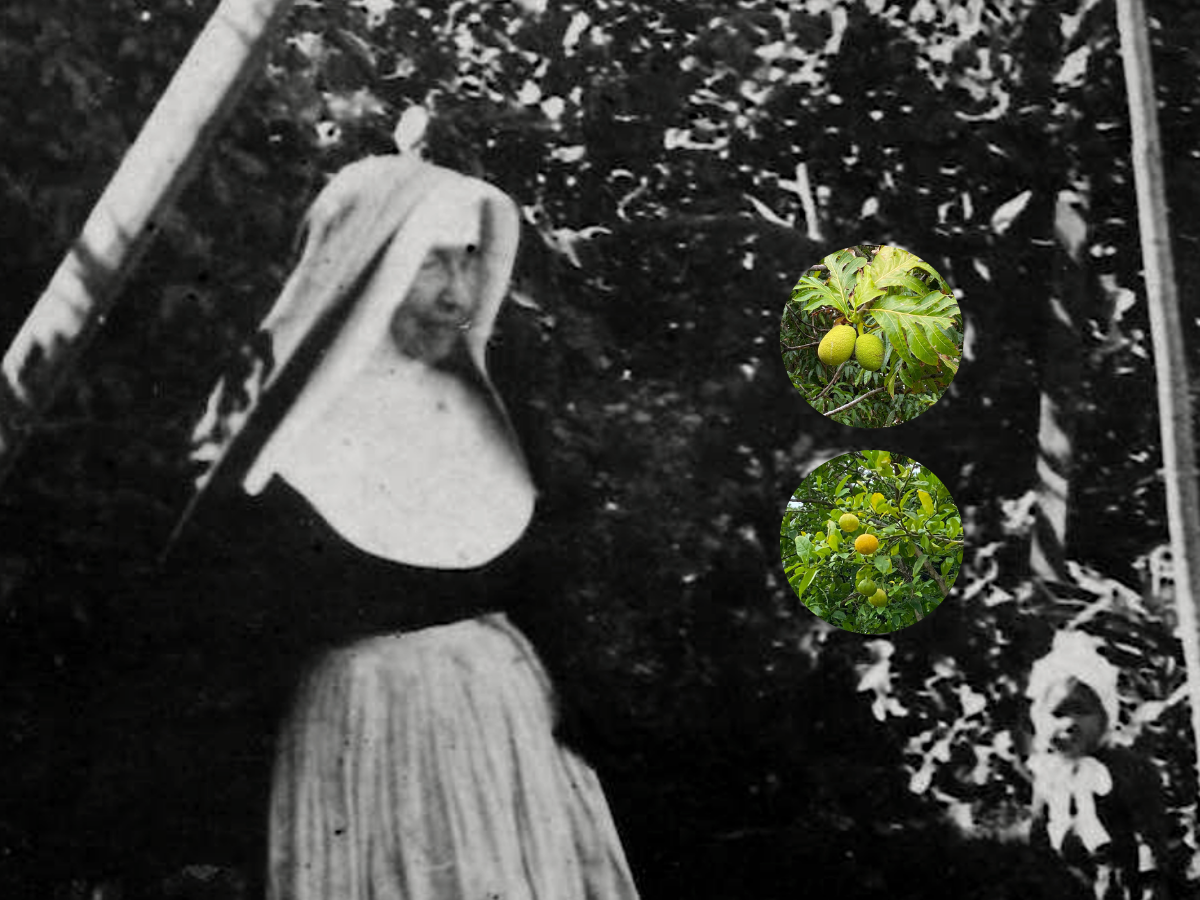 When Mother Marianne arrived in Kalaupapa in 1888, the land was barren. S. Leopoldina describes it: “Not a tree nor a shrub in the whole Settlement only in the churchyard there a few poor little trees that were so bent and yellow by the continued sweep of the burning wind it would make one sad to look at them.”

In 1889, S. Antonia also said of Mother Marianne: “she took part in the roughest work such as washing, digging, and planting. She converted the grounds surrounding the Home which, when I visited in 1889, was a windy barren waste, no trees, no grass, into a beautiful garden with plants and trees. About 15 years later, there were 321 varieties of fruit trees growing on the grounds of Bishop Home.”

In a letter to the Superintendent of Kalaupapa in 1897, Mother wrote “we have six lime trees full of fruit, and also two Chinese organ trees drooping with golden fruit, small orange trees are in bloom. This gives us courage to plant more fruit trees…”

This week, S. Barbara Jean Wadja, S. Alicia Damien Lau and National Park Service worker Kelly picked three buckets of oranges, tangerines, avocados, ulu, bananas, mango, etc. Yes, they are reaping the fruits of Mother Marianne and the Kalaupapa Community. Besides delivering the fruit to the patients and staff, S. Barbara Jean squeezed a bunch of oranges and took the fresh-squeezed juice to three of the patients.