Menu
News & Events
> Evangelization – 6 Actions of the Heart During Lent

Evangelization – 6 Actions of the Heart During Lent 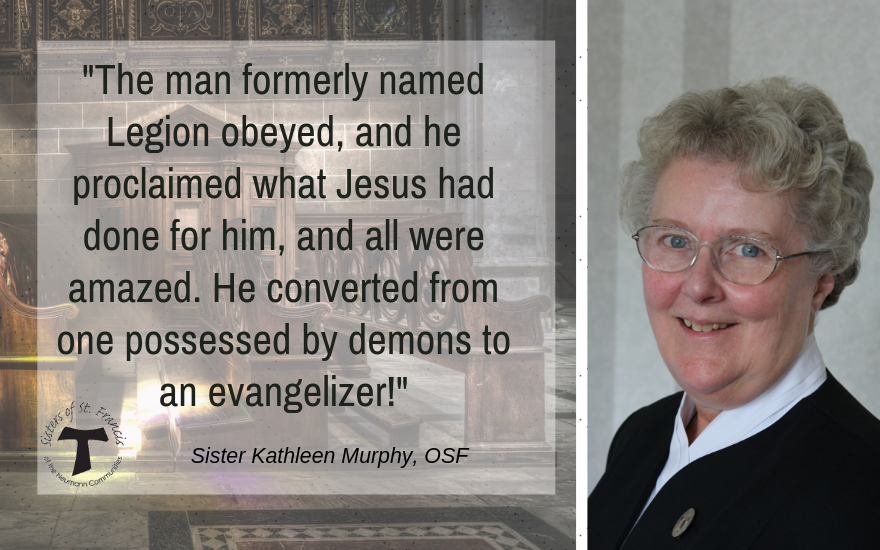 “Come back to me with all your heart. Don’t let fear keep us apart. Long have I waited for your coming home to me and living deeply our new life.”

These words are taken from the song, “Hosea” composed by Gregory Norbet. We can well apply them to Jesus, calling back to himself a man, who according to the Gospel was named Legion.

Catching sight of Jesus from a distance, Legion ran up and prostrated himself before Jesus, crying out “What have you to do with me, Jesus, Son of the Most High?”

Fast forward in the Gospel a bit. Jesus had driven out the demons who possessed Legion. The demons then possessed two thousand swine who in turn, rushed down into the sea and were drowned.

Inquisitive people came out to see what had happened, and as they approached Jesus, found Legion who had been possessed sitting there clothed and in his right mind.

It gets even better. As Jesus was getting into his boat to leave the area, the man who had been possessed pleaded to remain with him.

In all the times that I have heard this Gospel of Mark proclaimed, I never heard that!  Legion came back to Jesus with all his heart. And Jesus, in turn, told Legion that he should go home to his family and announce to them, all that the Lord, in his pity, had done for him.

The man formerly named Legion obeyed, and he proclaimed what Jesus had done for him, and all were amazed. He converted from one possessed by demons to an evangelizer!

He came back home to Jesus, and they lived deeply their new life.

Are not we called to do the same?