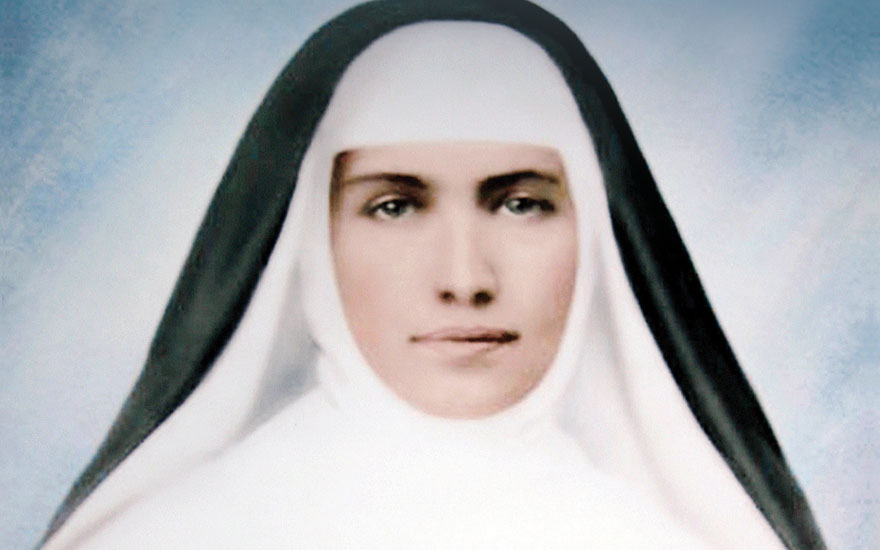 Photographs and stories of celebrations around the country.

Nearly 80 visitors came to the quiet peninsula of Kalaupapa on January 18 where they celebrated St. Marianne Cope’s feast day with the patients of Hansen’s disease (leprosy) and the Sisters of St. Francis of the Neumann Communities. Bishop Larry Silva presided at liturgy at St. Francis Church while members of St. John Vianney’s choir led the congregation in song and praise. The sight of the church’s pews filled with worshipers delighted the patients — “We have not had so many people at St. Francis Church in a very long time,” said Winnie Harada.

After lunch, the pilgrims followed in the footsteps of St. Marianne and St. Damien, walking the grounds of Kalaupapa and Kalawao.

In Honolulu on January 23, Bishop Larry Silva presided at a festive liturgy at the Cathedral Basilica of Our Lady of Peace, where St. Marianne’s remains reside. Among the worshipers were St. Marianne’s five relatives: Dr. Paul DeMare, Meg Burnett, Patricia Wood, Denise Parry and Shirley Koob. Five former Kalaupapa patients now residing in Hawaii also attended the service along with the Sisters of St. Francis, supporters and benefactors and parishioners. After liturgy, everyone had dinner (a bento) and shared time together.

Celebrations began with a flash prayer, in which people all over the world were invited to pray to St. Marianne at 7 a.m., the time of her birth in 1838.

At the Saint Marianne Cope Shrine & Museum, a new display “Inspired by Saint Marianne” highlights current female leaders in Central New York describing how their lives have been personally enriched by the example of St. Marianne. The exhibit at 601 N. Townsend St. runs through March.

Feast day celebrations also took place throughout the Diocese. At the shrine in Syracuse, Friar Timothy Dore offered mass and said “Mother Marianne knew what it was to serve people in need. Isn’t that what we’re called to do?”

Sisters Grace Ann Dellenschneider and Mediatrice Hutchinson joined students at Creighton University in Omaha, Nebraska in celebrating St. Marianne Cope’s feast day with a special noon mass on campus. Father Andrew Alexander, vice president for University Ministry and director of the Collaborative Ministry Office, said the large number of Hawaiian students on campus and the special emphasis the university has on health care prompted him to hold the special Mass. Sister Grace Ann gave a wonderful talk about St. Marianne during a special Hawaiian-style lunch.

The first grade class at St. Charles Borromeo School in Destrehan, Louisiana celebrated St. Marianne Cope’s feast day in a special way. Directed by their teacher, Ms. Lisa Hebert, the students put on a portrayal about St. Marianne. There were four students who participated — one portrayed St. Marianne, one St. Damien and two were people suffering from Hansen’s disease. Ms. Hebert narrated the life of St. Marianne while the children acted out the scene and contributed several lines.