A Reflection on Mercy: The Gift of Mercy 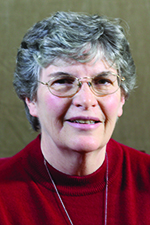 No one deserves mercy. For example, a woman, whose son was brought before Napoleon for deserting Napoleon’s army, went to plead with the military leader after hearing the young soldier had been judged as deserving death. The deserter’s mother begged Napoleon to have mercy on him.

Napoleon said the man did not deserve mercy. The mother responded: “It would not be mercy if it was deserved.”

This world seeks justice yes, but not mercy. Mercy is a gift. It cancels out wrongs and transgressions. It is not earned; it doesn’t require a defense attorney nor is it about how much good it takes to outweigh wrong doing. Mercy is a gift given to each of us. It is God’s utter graciousness in the face of our need.