A Haven for Cecil 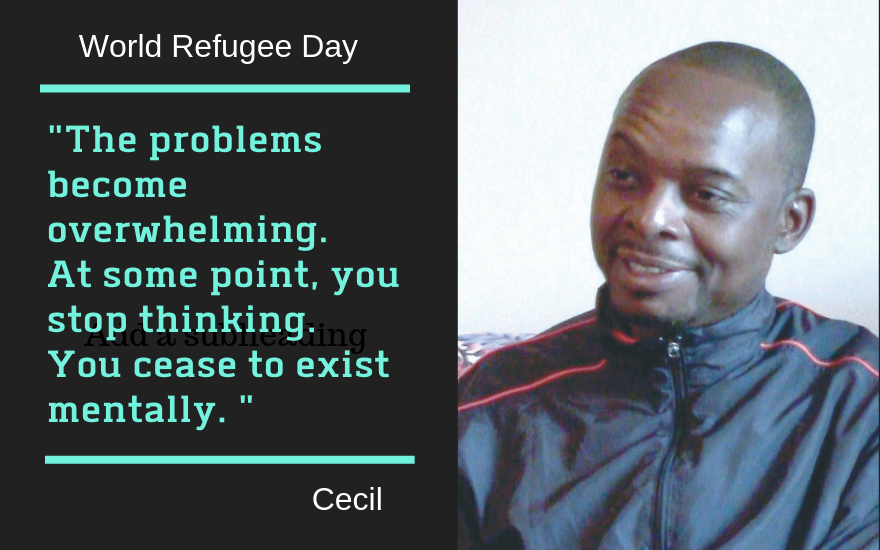 Cecil is one of a number of asylum seekers who spent time at VIVE and who worked with Sister Beth Neiderpruem before being able to go out on his own.

Read his story below first published in the Fall 2017 issue of the Franciscan Spirit.

“I had always hoped to visit America, but it came sooner than I expected,” says Cecil. His stay in the U.S. is likely much longer than he would have planned as well. Cecil now lives in western New York and, with the help of the Sisters of St. Francis of the Neumann Communities and VIVE, Inc., he is seeking asylum status.

Vive offers housing, food and legal assistance to individuals seeking asylum from persecution in their home countries. Our sisters and several other orders of women religious opened Vive in a Buffalo, New York convent in 1984 to help refugees who were fleeing civil wars in Central and South America. Now housed in a former school building, Vive has helped more than 100,000 men, women and children seek asylum in the U.S. and Canada.

Cecil’s journey to Buffalo began in his native Zimbabwe, where all he wanted to do was bring hope to the poor. He loaned the money he earned as an electrical engineer to young people starting businesses. When they paid their loans, Cecil used the money to fund the next project.

“I wanted to improve the lives of the people, create some employment, create some self-reliant system,” Cecil says. What happened instead is that government officials labeled Cecil an anti-government activist; government agents followed his every move and he was illegally imprisoned and tortured. When it became obvious that his life was in danger, Cecil fled the country. He landed in New York City; he had nothing and knew no one. “One of the nice people from the Immigration Office told me, ‘there is a place, called Vive, but it’s not close by,’” Cecil recalls. “’It’s on the other side of the state.’” So he took his little bag and his documents and headed for Buffalo.

When he finally arrived at Vive, Cecil was in pain, his clothes sticky with blood from his last round of torture. He says he was given a warm welcome, treatment for his wounds and clean clothing. “The attention I got from the people who were on duty was really quite amazing. From there, my life changed,” Cecil says.

His physical needs met and paperwork for his refugee status underway, the reality of his situation hit Cecil. “I had undergone the shock of my system. I tried to adjust but it wasn’t easy,” he says.

Sister Beth Niederpruem is a social worker at Vive, where part of her responsibilities are to help residents adjust to their new surroundings and deal with the trauma of their pasts. Many have been tortured, like Cecil, Sister Beth notes, while others have experienced sexual assault or seen family members attacked. They deal with survivor’s guilt, says Sister Beth, or the guilt of having left behind loved ones. She spends time counseling them or arranges treatment by psychologists and psychiatrists when necessary.

To Cecil, the sisters gave him more than hope.

“It’s quite amazing and quite disturbing when you are in trouble and you become homeless at the same time. The problems become overwhelming. At some point, you stop thinking. You cease to exist mentally. You become like a block. I was in that situation,” he says. “With the help of the Sisters, they managed to mold me back into a certain shell, to bring back my sanity,” he says.