A Golden Anniversary for Peru Ministry 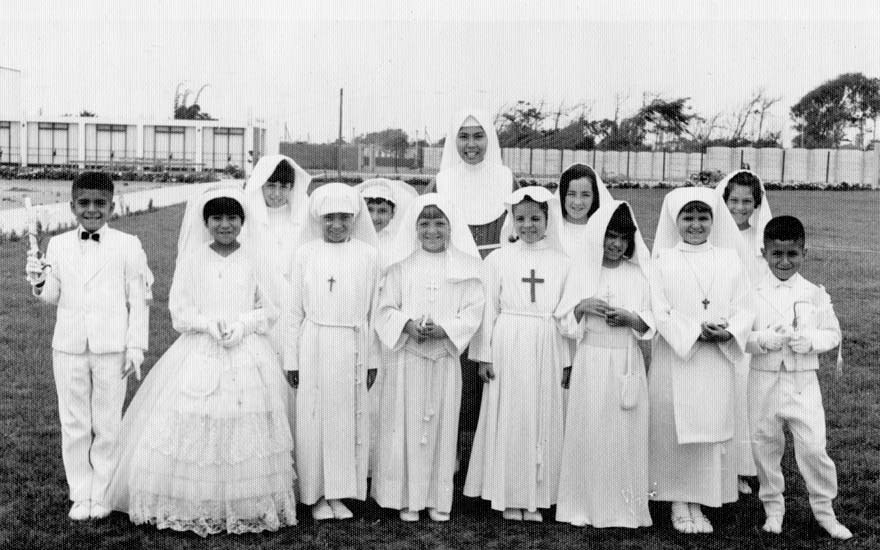 In 1964 Pope Paul IV asked religious orders to include the predominately Catholic territory of Latin America in their work. After much discussion, research and prayer, the Sisters of St. Francis in Syracuse opted to open a school in Paramonga, a town 110 miles northwest of Lima, Peru. The school opened in 1967, marking the start of 50 years of ministry by our sisters in Peru.

A Golden Anniversary for Peru Ministry

Sister Anthony Marie Eddo had been a Sister of St. Francis for 20 years when she heard God’s call to leave her comfortable position as a high school Spanish teacher and volunteer with the congregation’s five-year old mission in Lima, Peru.

“Living in Peru was like going back 100 years in U.S. history,” she would later say. “There is no water or electricity; there are outhouses and chickens running through houses. Healthcare is non-existent.”

Sister Anthony Marie arrived in Peru in 1972, eight years after the first three Sisters of St. Francis stepped off the steamship Santa Mariana and began ministering to the people of Peru.

The sisters originally arrived to minister as school teachers, but as Franciscans, they expanded their work to meet the needs of the people. Over the next 50 years, their work in health care, social services and pastoral duties elevated the living conditions of thousands of Peruvians. Fundraising efforts, small stipends that sisters earned and a grant from Roman Catholic dioceses in Germany supported the sisters’ work. Central New York hospitals provided medicines and laboratory equipment.

Sister Patricia Larkin recalls packing for a visit to Peru. “We would get the biggest luggage we could get and we would just fill it with medicines. Sister Donna Marie Evans, who was ending a home visit and returning to Peru, would take the clothes out of my bag to make room for more medicines.”

When a 7.9 magnitude earthquake left 70,000 people dead and another 800,000 homeless in 1970, Sisters Francis Clare de Gracia and Ruth Esther Sherman flew on military planes to staging areas where helicopters would bring them into the mountains to administer aid.

Ten years later, a civil war shook Peru. There was fighting in the cities and in the mountains. In Pativilca, a village some 100 miles from Lima where the sisters had a health clinic, rebels and government troops fought in the town square. Just a block away, sisters hid in closets in the convent.

Sister Rose Ann Reichlin arrived in 2000 and spent seven years in Peru. She still recalls the extreme poverty of the country — “there were little kids in the streets selling penny candy and gum; that was hard for me to see” — and the warmth of the people. “Everyone is very demonstrative. You meet somebody’s friend and she has her friends with her and everybody gives you a hug, even though you never met them before.”

“I just loved the experience, it was wonderful,” she says.

In 2004, the sisters opened St. Rose of Lima Montessori School in Quebrada Verde, a poor community one hour south of Lima. The school continues to educate children with the financial support of the congregation.

Sister Cristina Florez is a pastoral minister at the Church of San Miguel. She also is a registered psychologist who donates her services in the parish.

Sister Lastenia Pa Reina is a nurse technician at the Naval Hospital in Lima.

Sister Reyna Jesusa Ontón Ñahui is a physical therapist. She is in the U.S. temporarily for additional training.